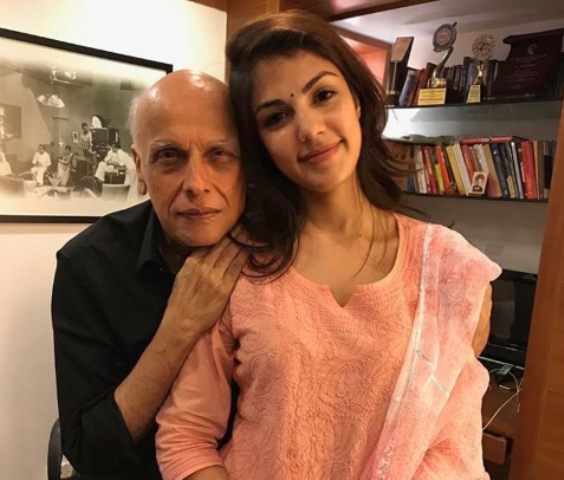 Mumbai, Sept 22 (IBNS): Actress Rhea Chakraborty, who faced social media trolls over her images with veteran filmmaker Mahesh Bhatt, on Saturday hit back and said the comments came out from the 'depraved souls' of critics.

If the trolls can hurl muck and filth of their minds , which comes out of their depraved souls , then all our claims of having moved away from the dark ages are bogus . Go enjoy your sickness ."

Rhea faced social media trolls after several images of the actress with the filmmaker were shared online recently.

Sharing one of the images, Rhea had captioned it as: "The man who empowered me , unclipped my wings and showed me the sky . He is my "Buddha" , the most honest , real , truthful man in all of earth ! Like @maheshfilm sir says - " I'm just helping you to meet you " Ufff , words don't justify what my heart feels for you sir ! Let me just say - " You are my sunshine â˜€ï¸ " Thankyou ( nah that's for strangers ) , love you â¤ï¸ photo courtesy - @suhritadas."

Rhea will soon be seen in upcoming Bollywood movie Jalebi.

Rhea, who made her Bollywood debut with Mere Dad Ki Maruti in 2013, was last seen in Bank Chor, which released a year ago.