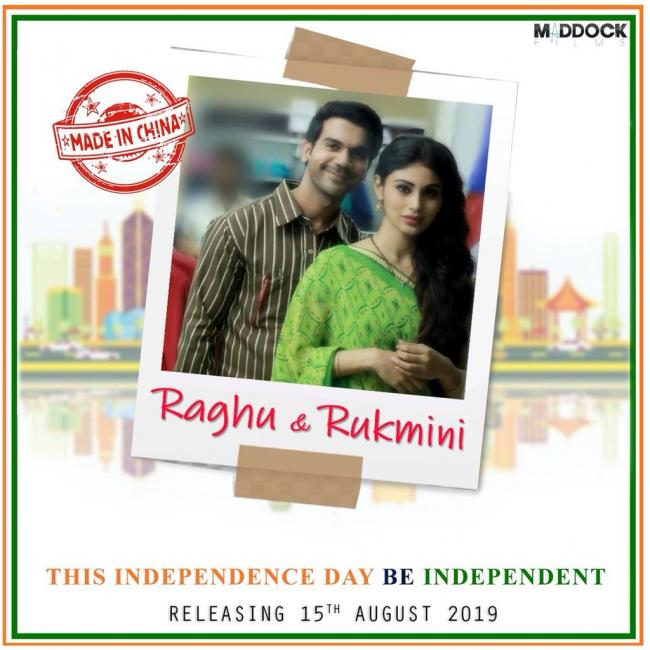 Mumbai, Sept 17 (IBNS): Bollywood actor Rajkummar Rao, who is perhaps enjoying the success of his latest movie Stree, on Monday shared the character of his own and Mouni Roy from upcoming movie Made In China.

Rao shared an image on social media where he could be seen wearing a striped shirt and Mouni in a green sari.

The movie is produced by Dinesh Vijan under the banner of Maddock Films.

It will release during Independence Day celebration next year.

Mouni has a strong I-Day connection as her debut Bollywood movie Gold released this year on Aug 15.