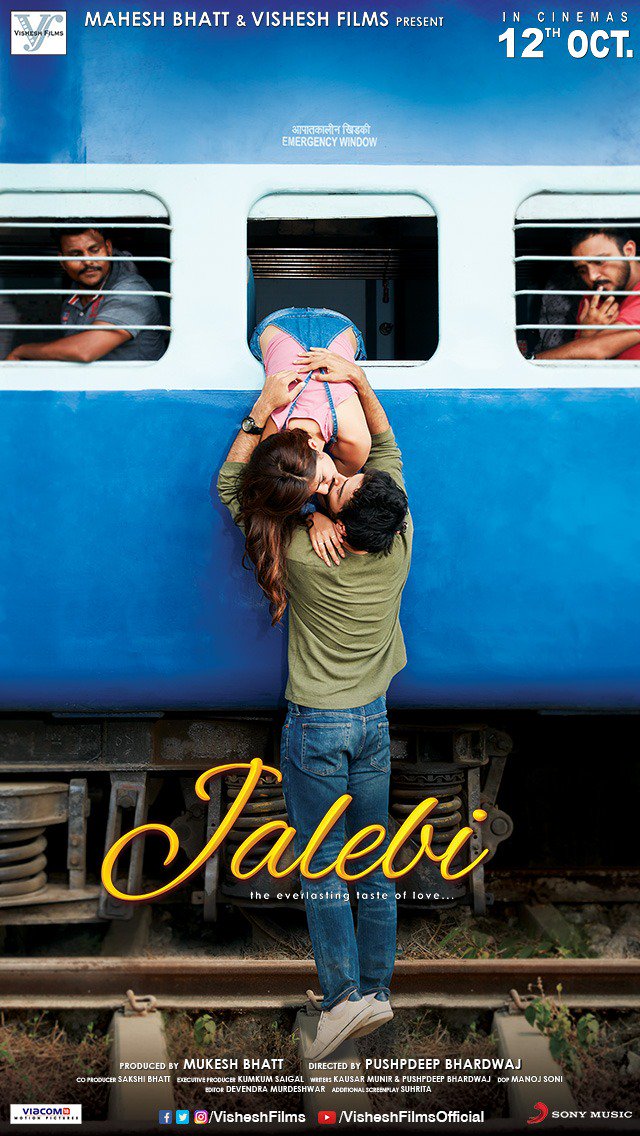 Mumbai, Sept 10 (IBNS): Makers of upcoming Bollywood movie Jalebi was released by its makers on Monday.

The movie will feature Rhea Chakraborty in the lead role.

The film's first look poster was released by the filmmakers on Sept 3.

In the poster, the actors could be seen kissing while two other people are looking at it from train windows.

Rhea, who made her Bollywood debut with Mere Dad Ki Maruti in 2013, was last seen in Bank Chor, which released a year ago.