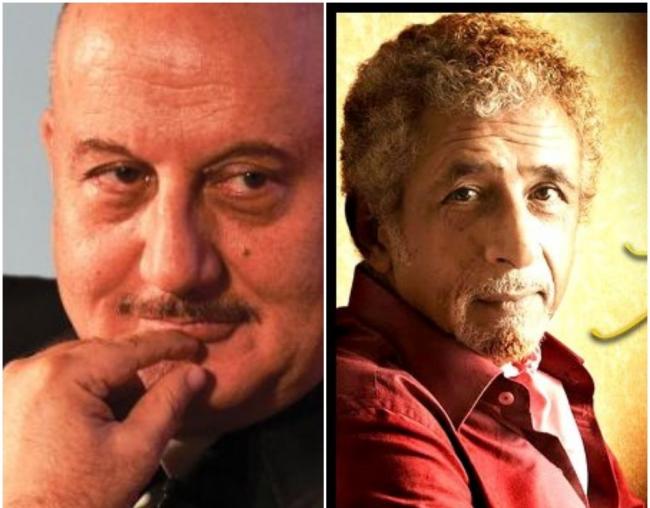 Can't comment on Anupam's work as FTII chairman since he's hardly there: Naseeruddin

Mumbai, Aug 31 (IBNS): Despite being co-actors and former students of Delhi’s National School of Drama, actor Naseeruddin Shah on Friday took a dig at his colleague Anupam Kher, who is the chairman of the Film and Television Institute of India (FTII).

On being asked about Kher's work as the chairman of FTII, Shah said he hardly saw the former at the institute.

Speaking to The Quint, Shah said, “Where is he? How can I comment on his work when he’s hardly ever at the FTII? I don’t think he’s been there more than twice. I go to the FTII to deliver some lectures every now and then."

"I am told that he’s not seen there very often. If he chooses to spend some more time at the institute, we’ll get to see the work and be able to comment on it. Till then, what can I say?" said he.

They have worked together in several films including A Wednesday, Karma and Pestonjee.