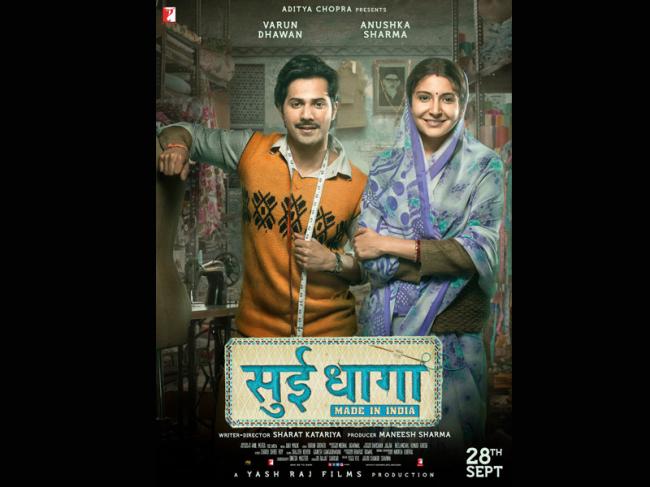 Mumbai, Aug 31 (IBNS): With just four more weeks left for the release of their upcoming movie  Sui Dhaaga - Made In India, actress Anushka Sharma on Friday released a new poster of the movie.

Anushka could be seen in the poster with the male lead Varun Dhawan.

The film marks the debut pairing of Varun and Anushka Sharma, who in a deglamorised avatar plays an embroiderer in the film.

Sui Dhaaga is set to release on September 28. It brings together National Award winning producer-director combo of Maneesh Sharma and Sharat Katariya after their blockbuster Dum Laga Ke Haisha.

The film is a special salute to the inherent entrepreneurial spirit that the youth of India and its local artisans have.