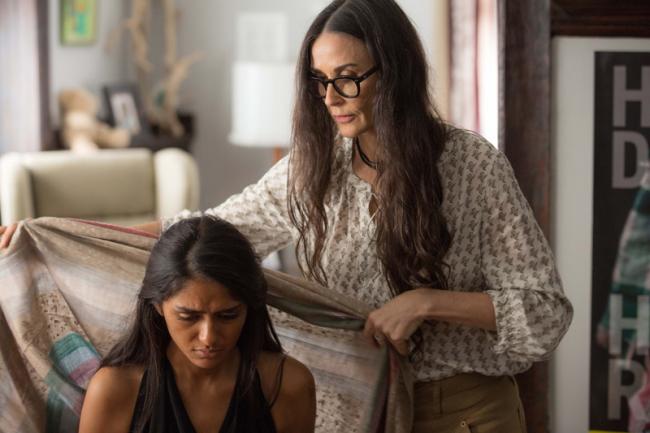 Mumbai, Aug 31 (IBNS): Mrunal Thakur, who will be seen in the upcoming movie Love Sonia, said that it was her dream to work with Hollywood actress Demi Moore someday.

A debutante, Mrunal will be seen sharing screen space with Moore in the movie, which deals with sex trafficking.

Commenting on the film, Mrunal said, “Love Sonia will always be very close to my heart, not only because this is my debut, but also because I got an opportunity to work with Demi Moore. I’ve grown up watching her films and it was my dream to work with her someday.”

“She was fabulous on the set and wouldn’t leave the studio floor until everyone packed up," she continued. "I remember a scene in which I had to cry and she helped me a lot."

Mrunal said that director Tabrez Noorani, who too is debuting with the film, had not told her that Moore was part of the project.

"So, while the scene required me to look shaken and low, I was trying to contain my excitement upon seeing her. She and I also had a long chat about sex trafficking in Los Angeles and how the NGOs, she works with have rescued girls,” Mrunal shared.

Love Sonia is the story of an Indian village girl who gets trapped in the dark world of human trafficking as she tries to save her sister.