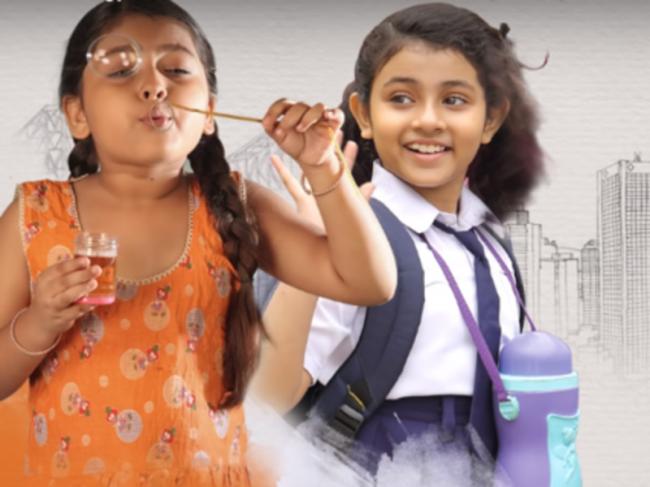 Kolkata, Aug 30 (IBNS): Aniket Chattopadhyay’s latest film ‘Tuski’, which is based on the lives of people living in urban slums, premiered at Nandan, Kolkata.

The film has been produced by Macneill Media Private Limited.

The story traces the lives of two young girls, one from an affluent family and the other from a poor family.

The film was made in 2014 but the release was delayed due to censorship problems.

The film received an ‘A’ certificate because of the use of some inappropriate language.

The producers tried hard to obtain an ‘UA’ certificate for the film but the censor board did not agree, so the release got delayed.

Speaking on this issue, the director said, “We have depicted the lives of the slum dwellers. They speak in a certain manner. If we try to bring the reality to screen, we have to depict the lives of the people as they are. It’s a children’s film. It should not have gotten an ‘A’ certificate, we tried for four years but were unsuccessful.”

Child actor Priyanka Dutta, who plays the protagonist ‘Tuski’ is not new to the limelight.

She had previously won a dance competition ‘Dance Bangla Dance’, appeared on innumerable television shows, and also worked with Aniket Chattapodhyay in his film ‘Shankar Mudi’.

Priyanka Dutta said, “I had a great time while shooting. Aniket uncle has helped me so much with the role, I was taught everything by him, and the cast members were very supportive and extremely co-operative with me.”

She said, “I am so happy that the film is finally releasing, this is my first film that is releasing in theaters and I hope everyone relates to my character and blesses me so that I can do good work in the future.”

Kanchana Maitra, who has previously worked with Aniket Chattopadhyay in films like ‘Bye Bye Bangkok’, ‘Room No 103’, ‘Kiriti Roy’and ‘Mahapurush o Kapurush’, shared her experience of working with the director.

“Aniket-da gave me my first break, I love the way he writes the characters. He will always be special to me. Although I have worked with him in so many films, he never pampers me but always pushes me harder so that I can perform better.”

About her character in ‘Tuski’, Maitra said, “I play Tuski’s aunt. In the moie, Tuskiis not m own child but I have to take the responsibility of a mother.  I too dream like every parent has that my child will be successful. I try to fulfill the needs in Tuski’s life, because Tuski comes from an economically backward family.  She faces a lot of constraints in fulfilling her dreams, that is where my character comes in.”

The producer of the film spoke about the problems they faced with the censorship board and said that he hopes everyone will watch the film and like it.

‘Tuski’ is being screened at various theaters across Kolkata.

This is Aniket Chattopadhyay’s tenth film. He has previously directed films such as ‘Bye Bye Bangkok’, ‘Kiriti Roy’, ‘Mahapurush o Kapurush’, ‘Kabir’, to name a few.