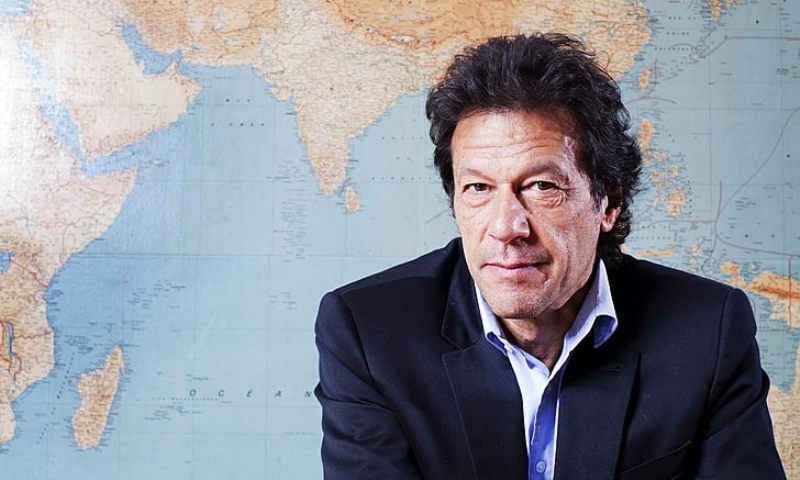 The Pakistani daily Dawn on 5 October carried an article titled ‘Most Pakistanis fear country headed in wrong direction: survey’. It quoted the findings of lpsos, a France-based organization that specializes in global market research and public opinion, while concluding that the “Majority of Pakistanis continue to fear that the country is heading in the wrong direction since last year”. It further underlined that “three in four Pakistanis expressed dissatisfaction with the way things are going in Pakistan today, while the same proportion of Pakistanis described as bad the current economic situation in the country”.

Developments in Pakistan in recent days have only served to illustrate exactly why the people of Pakistan are so skeptical of where their country stands at the moment, as also why their prognosis for the future of the country is even more downbeat.

The past week has witnessed a string of explosive, divisive, and indeed bizarre developments in Pakistan, wherein a 3-time former Prime Minister of the country had been labeled a traitor, and the ‘Prime Minister’ of a region that Pakistan itself has declared ‘Azad’ (free) has puzzlingly also been slapped with the same charge.

That these developments are symptomatic of the deep rot that has set in ever since Imran Khan, the Prime Minister ‘selected’ by the military establishment to act as its proxy, assumed office in 2018, is abundantly clear. The panic that has engulfed the military establishment with its extra-constitutional political role and its near-monopoly of State resources coming under unprecedented direct attack by the opposition parties is also palpable.

What is intriguing, however, is how Raja Farooq Haider, the ‘Prime Minister’ of a portion of the erstwhile Princely State of Jammu & Kashmir (J&K) that Pakistan had forcibly grabbed, but had then itself declared to be ‘Azad’, can conceivably be implicated in treason against a country that he is, as admitted by Pakistan itself, not even a citizen or a resident of.

The police in the Pakistani city of Lahore registered a case against Pakistan Muslim League – Nawaz (PML-N) supremo Nawaz Sharif and other leaders of his party for “conspiring” against the country and State institutions.

The other party leaders booked included prominent faces such as Maryam Nawaz, Rana Sanaullah, Ahsan Iqbal, Shahid Khaqan Abbasi, Pervez Rashid, Marriyum Aurangzeb, Ataullah Tarar, Raja Farooq Haider and others. Their crime was that they had participated in the PML-N’s Central Executive Committee and Central Working Committee meeting held last week, which had been addressed by Nawaz, and in which they had raised their hands in support of Nawaz.

The leaders were charged under Section 10 (cyberterrorism) of the Pakistan Electronic Crimes Act (2016), and sections 120-A (definition of criminal conspiracy), 120-B (criminal conspiracy), 121-A (conspiracy to wage war against Pakistan), 123-A (condemning the creation of the country and advocating the abolishment of its sovereignty), 124-A (sedition) and 153-A (promoting enmity between different groups) of the Pakistan Penal Code.

While the list of the accused is long, and the nature of the crimes that they are alleged to have committed grave, the real target of the military establishment in getting a member of Imran Khan’s Pakistan Tehreek-e-Insaf (PTI) party to file such a case is the resurgent Nawaz Sharif, whose battle cry delivered from as far afield as London has created quite a flutter in Rawalpindi.

His high-pitched call of 20 September to the All Party Conference to end once and for all the reign of subjugation and exploitation by the military establishment was highlighted in the EFSAS Commentary of 02-10-2020.

This was subsequently followed up by his address on 1 October to the Central Executive Committee and the Central Working Committee of his party in which the overall message was the same, but the thrust harder. At this in-house meeting Nawaz apparently had harsh words to say about those from the military that had developed a penchant for intervening in politics, and who thereby violated the oaths that they had taken.

The charges registered against Nawaz by the police in Lahore demonstrate the scale of fluster that Nawaz has created among the Generals and their ilk. The charges made against Nawaz include inter alia that “Instead of availing medical treatment in London, Nawaz is carrying out a planned conspiracy to defame the country and its institutions by making inflammatory speeches”.

Further, it alleged that in the speeches made on 20 September and 1 October, Nawaz supported the policies of neighbouring India in order to ensure that Pakistan continued to remain on the grey list of the Financial Action Task Force (FATF), and that “the main purpose of Nawaz’s speeches is to isolate Pakistan in front of the international community and to declare it a rogue State”.

The military establishment betrayed that its vendetta against Nawaz was of a personal character when on 5 October it got a separate treason case registered in Gujranwala against Captain (retired) Mohammad Safdar, the son-in-law of Nawaz, for allegedly “defaming the Pakistan Army and inciting hate” against it. Safdar was also accused of urging the participants at a public meeting that he addressed to “besiege” the house of the nearest Corps Commander in case he was arrested.

Meanwhile, in a blow to the military establishment’s attempts to silence Nawaz, the Islamabad High Court on 5 October dismissed a plea seeking a ban on Nawaz's speeches. The court, in its verdict, observed that “The tendency of invoking the constitutional jurisdiction of a High Court in matters involving political content is certainly not in public interest and that too when the law provides for alternate remedies”.

A worthwhile question that arises is the reason for the evident overreaction by the military establishment to what are after all mere words from an ageing politician, in exile in a far-off land confronting the twilight of his career.

To begin with, any narrative that questions the supremacy of the military establishment would be perceived as very dangerous by the establishment. For a popular leader from the all-important Pakistani province of Punjab to give wings to such a narrative would be viewed by the establishment as near catastrophic. The establishment too draws its power from the very same Punjab, and it is well aware of the imperative of holding on to the hearts and minds of the people there. It knows full well that the day it loses its support in Punjab will be the day that it ceases to rule Pakistan.

It would, therefore, have come as quite a shock to the military establishment that perhaps for the first time ever, slogans directly against it were raised in Punjab by representatives of a mainstream political party during the protest demonstrations against PML-N President Shahbaz Sharif’s arrest earlier this month. These slogans were clear fallout of Nawaz’s speeches.

The establishment also recognizes that the potency and impact of allegations such as that of treason that have been leveled against Nawaz and other PML-N leaders tend to get diluted considerably when the population at large, on which such allegations rely for their effectiveness, does not buy into them, or indeed even doubts its motivation and veracity.

Another first was that of a Kashmiri being booked for treason in Pakistan. As pointed out afore, Raja Farooq Haider is the ‘Prime Minister’ of the part of J&K that Pakistan itself has declared to be ‘Azad’. This territory not only has its own parliament located in its capital Muzaffarabad, but also a ‘Constitutional Head of State’ in the ‘President’, and an elected ‘Prime Minister’ supported by a ‘Council of Ministers’. It has its own Supreme Court and a High Court. Importantly, the territory has no representation in the Pakistani parliament. Such being the status of ‘Azad’ J&K, it is inconceivable as to how Raja Farooq Haider could possibly be guilty of treason.

As per the Merriam-Webster dictionary, treason is “the offense of attempting by overt acts to overthrow the government of the State to which the offender owes allegiance or to kill or personally injure the sovereign or the sovereign's family”.

The charges against Raja Farooq Haider would suggest that in the eyes of the Pakistani government, and especially the military establishment, neither is the territory of ‘Azad’ J&K as free as Pakistan has been letting on and claiming, nor are the people of the territory, including the ‘Prime Minister’, immune to the imposition of extra-national and arbitrary Pakistani laws or, indeed, blatant arm-twisting and intimidation by the military establishment.

This is not the first time that Raja Farooq Haider has unfairly been at the receiving end of the Pakistani stick. After Nawaz Sharif had been disqualified as Prime Minister of Pakistan by the Pakistani Supreme Court in 2017,

Haider had addressed a joint press conference with the ‘Chief Minister’ of Gilgit-Baltistan, the other portion along with ‘Azad’ J&K of the erstwhile Princely State of J&K that Pakistan has forcibly occupied. Haider had said at the press conference that “if this is the Pakistan that Quaid-e-Azam and Allama Iqbal dreamed of, I will have to re-think, as a Kashmiri, if I should annex my fate with this country”.

This questioning of ‘Azad’ J&K’s alignment with Pakistan, and the implication that the territory was better off on its own, cut off completely from Pakistan, or worse still for Pakistan, as a part of India, proved to be unpalatable for the Pakistani leadership. Calls for Haider’s resignation had then abounded, including in some provincial legislatures in Pakistan, and the word ‘traitor’ was loosely and carelessly brandished.

The present charge of treason has shaken Raja Farooq Haider. Already vulnerable because of the total dominance of the Pakistani military establishment over the territory that he ostensibly and legally leads, Haider tweeted earlier this week that as a “Kashmiri”, he was worried about his future now that he has illegally and unfairly been accused of treason.

A few Pakistani commentators who have been brave enough to disregard the strict restrictions that have been put in place in Pakistan on what the media can write about and what it cannot, have commented on the damage that the treason charge on Haider would do to the psyche of the people of ‘Azad’ J&K, who already feel insecure in their own land. Respected Pakistani journalist Hamid Mir, for example, tweeted on 5 October that Prime Minister Imran Khan “always claimed to be an ambassador of Kashmiris but look at this FIR registered by Punjab police, they booked elected PM of AJK @farooq_pm under treason charges along with @NawazSharifMNS and three retired Lt Generals of Pak Army”.

The fear-borne desperation in the Pakistani military establishment that has been brought about by Nawaz’s broadside against it has also had the seemingly inadvertent impact of causing the establishment to hopelessly expose the colonial mindset with which it views ‘Azad’ J&K, and the utter disdain with which it treats its ‘Prime Minister’, leave aside its common residents.