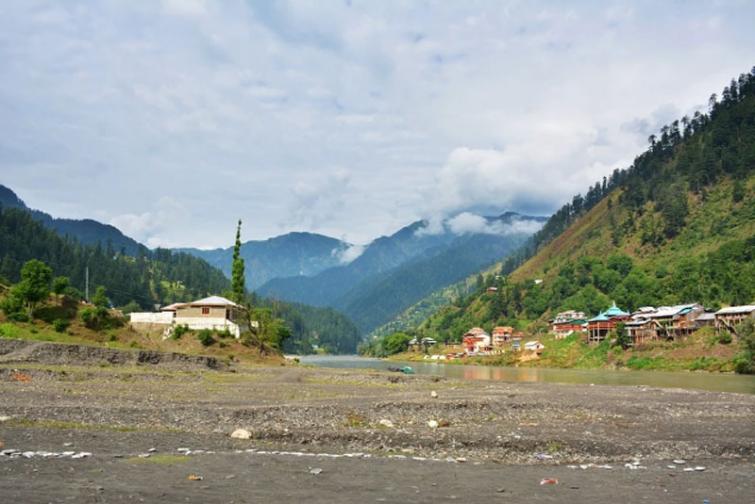 The draft of the 14th Amendment Bill to the 1974 Interim Constitution of the Pakistan-Administered and so-called ‘Azad’ (Free) Jammu & Kashmir (J&K),  which has been accessed by EFSAS and can be seen here, has served as a grim reminder of just how suppressed and occupied ‘Azad’ J&K actually is.

It is not, however, the proposed 14th Amendment that would be responsible for bringing this situation about.

The major credit for that would go to the 1974 Interim Constitution promulgated during the period when Zulfiqar Ali Bhutto was the Prime Minister of Pakistan. This so-called Constitution, among other things, spelt out the contours of the future relationship between the Pakistani State and Pakistan-Administered J&K, and the picture that it presented for the latter was highly unflattering, and it brought to mind images of subjugation and occupation.

The 14th Amendment Bill brought back into focus the trick played against the residents of Pakistan-Administered J&K, who were made to believe that they were free through use of catchy and emotive terminology in the naming of their region, only to be rudely disappointed by the subservience to Pakistan that was blatantly dictated by the 1974 Interim Constitution.

The 14th amendment simultaneously further detracts from the limited rights and freedoms given to the people of Pakistan-Administered J&K, while strengthening the grip of the Pakistani State over the region even more.

This has resulted in a fresh wave of indignation among nationalist leaders of the region, several of whom have in recent days publicly articulated their misgivings and registered their strong protest.

It is the iron grip with which the Pakistani military establishment ruthlessly holds the inhabitants of the region, and perhaps also the restrictions in place on account of the COVID-19 pandemic, that have inhibited major protests against the Amendment from breaking out within Pakistan-Administered J&K.

A reading of some of the relevant sections of the 14th Amendment Bill glaringly reveals just how the Pakistani State views Pakistan-Administered J&K and its residents, and how far it has gone in subjugating them. In the proposed amendment to Article 4 of the Interim Constitution of 1974, the draft puts a rider to the freedom of association for the people of the region by stressing that such freedom would strictly be, “subject to any reasonable restrictions imposed by law in the interest of sovereignty of Pakistan or integrity of Pakistan or Azad Jammu and Kashmir and morality or public order”.

Restrictions based on maintenance of public order can be understood, and while debatable, morality may also serve a purpose. But to require the people of a forcibly-occupied region who live in territory that has apparently been declared ‘free’ by the occupying entity, Pakistan, to sacrifice their human and other rights in the interest of the sovereignty and integrity of occupying Pakistan comes across as rather convoluted.

Even more outrageous is the clause imposed by Pakistan on the right of residents of the supposedly ‘free’ portion of J&K to form a political party, or even be a member of one. Here too, the draft specifies that restrictions in the interest of the sovereignty and integrity of Pakistan would be imposed firmly.

How and why a person desirous of forming a political party in a declared ‘free’ region, for the benefit of the people of that region, could face restrictions based on some vague perceived threats to the sovereignty and integrity of another country altogether is incomprehensible. 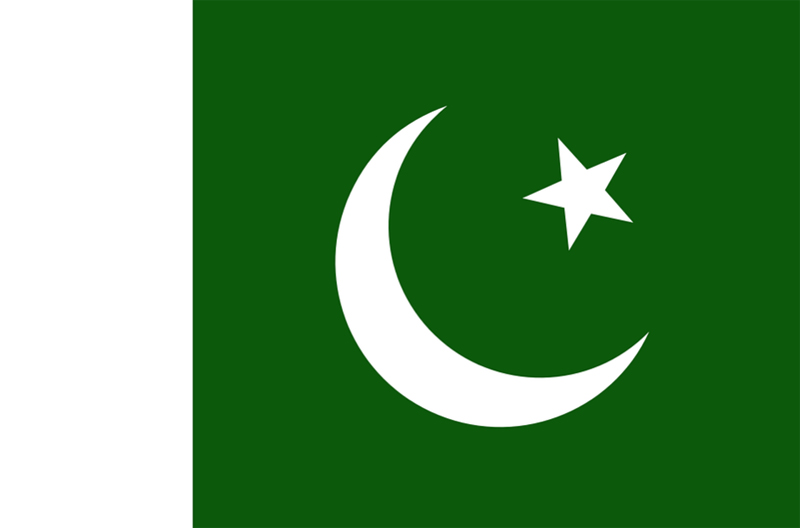 Amusingly, it does not end there. The luxury of identifying and acting punitively against any political party or individual in ‘free’ J&K that violates this clause has conveniently been retained in the firm, and going by history overbearing, grasp of the Pakistani State.

Pakistan has over the years been duplicitously projecting itself as a strong votary of the now near-defunct 1948 UN Resolutions that specified a referendum in the entire erstwhile Princely State of J&K.

The reality, though, is that the onus of implementing the first stage of the suggested process that would lead up to the holding of such a referendum lay squarely on Pakistan’s shoulders.

Pakistan was asked to first withdraw all its nationals that had entered J&K for the sake of fighting, a step that it has not taken till date.

The hypocrisy and the abundant mismatch between Pakistan’s statements invoking the UN Resolutions and its actions on the ground, which clearly point to the absence of any intention of being serious about a referendum, also came through in the draft 14th Amendment Bill.

The draft read, “No person or political party in Azad Jammu and Kashmir shall be permitted to propagate against, or take part in activities prejudicial or detrimental to, the ideology of the State accession to Pakistan”.

Without the need for any referendum, Pakistan seems to have decided for the people of Pakistan-Administered J&K that they would have no option other than to accede to Pakistan. If they did not, the might of the Pakistani military establishment would bear down upon them, and the supposed Constitution of the ‘Azad’ J&K, their own Constitution, would provide the legal basis.

The 1974 Interim Constitution of ‘Azad’ J&K is not the only place where Pakistan’s insecurity over its lack of a legal title over J&K comes through. Article 257 of the Pakistani Constitution of 1973 quaintly states that, “When the people of the State of Jammu and Kashmir decide to accede to Pakistan, the relationship between Pakistan and that State shall be determined in accordance with the wishes of the people of that State”. By starting Article 257 with the word “When”, as against “If” or something else less affirmative than “When”, the Pakistani Constitution itself has made a total mockery of the principle of a referendum. Meanwhile, successive Pakistani leaders, civilian and military alike, have contradictorily but consistently harped upon holding of a referendum. However, if the Pakistani Constitution is to be taken at face value, the accession of J&K to Pakistan is already a foregone conclusion.

The draft of the 14th Amendment Bill also proposes changes to Article 31 of the Interim Constitution. Article 31 explicitly forbids the Legislative Assembly of ‘Azad’ J&K from making any law concerning the “responsibilities of the government of Pakistan” under the UN Resolutions pertaining to J&K, “the defence and security of Azad Jammu and Kashmir”, “the issue of the bills, notes or other paper currency”, and “the external affairs of Azad Jammu and Kashmir including foreign trade and foreign aid”. In effect, the Legislative Assembly has been barred from deciding upon aspects critical to the very territory that it is supposed to represent. The Pakistani State, and more specifically the military establishment, would be the only entity authorized to decide upon these aspects. A clear colonial mindset appears unmistakably to be at play here.

In addition to the spheres mentioned in the preceding paragraph, the Legislative Assembly has been prohibited from having any role in a list of 33 subjects covered under the Third Schedule of the Interim Constitution. This list inter alia includes such basic things as banking and insurance, economic coordination, planning and coordination of scientific and technological research, aircraft and air navigation, post and telegraph, and “Education as respects Azad Jammu and Kashmir students in foreign countries and foreign students in Azad Jammu and Kashmir”. It also includes more weighty spheres such as nuclear energy and “International treaties, conventions, agreements and International arbitration”, to name only a few.

Interestingly, the proposed amendments to Article 21 of the Interim Constitution appear to have also catered, in anticipation, for the ever present and highly likely possibility of a coup or a similar takeover by the military in Pakistan. It stated, “The words ‘The Prime Minister of Pakistan’ wherever occurring in this Article shall be deemed to include the person for the time being exercising the powers and performing the function of the Chief Executive of Pakistan”. The imprint of the military establishment on the draft was, therefore, quite obvious.

The draft amendment also, quite intriguingly, chose to reserve 12 seats in the ‘Azad’ J&K Legislative Assembly for Indian-Administered J&K. Five seats each are to be reserved for the Kashmir Valley and Jammu regions, and two for Ladakh. The proposed amendment, however, added that, “The twelve seats shall not be taken into account in the legislative process as well as election”. In carrying out this amendment, Pakistan seems to be belatedly mirroring Indian-Administered J&K, which has reserved 24 seats since 1956 for what it describes as Pakistan occupied Kashmir (PoK). There is a huge difference in the legal position behind Indian-Administered J&K reserving the seats, and Pakistan suddenly waking up and in a knee-jerk manner doing so. The undivided Princely State of J&K had formally acceded to India, whereas the portions of J&K held by Pakistan were forcibly wrested by it and could therefore be described as occupied territory. It is strange that Pakistan, which is from the legal perspective occupying the territory of another country, India, should now choose to reserve seats for the remaining territory of J&K over which it neither has a legal title nor possession.

Among the proposed amendments contained in the draft, perhaps the most hurtful and emotive for discerning Kashmiri nationalists concerns paragraph 17 of the 1974 Interim Constitution. The draft has proposed that, “in paragraph 17, for the words “State”, the words ‘Azad Jammu and Kashmir’ shall be substituted”. This subtle alteration in status has not gone down well. As Zulfiqar Ahmed Raja, the chairman of the Jammu & Kashmir Peoples National Alliance (JKPNA) put it, the primary motive of the 14th Amendment was to withdraw the already very limited powers given by Pakistan to the ‘Azad’ J&K government, and to remove the word “State” from the 1974 Interim Constitution.

A legal expert and a former President of the district Bar association of Mirpur in Pakistan-Administered J&K, Raja further accused the Pakistani government of attempting to revive the unpopular ‘Azad’ Jammu & Kashmir Council by raising the number of its seats to 65, and by shifting back powers from the ‘Azad’ J&K government to the Pakistan-controlled ‘Azad’ J&K Council. He added that, “the people of Azad Jammu Kashmir categorically reject and condemn the reported proposed restrictions and sanctions to be imposed upon the people of the State through bringing about the proposed 14th amendment in the Interim Constitution 1974. We strongly condemn this hostile reported initiative of introducing the 14th amendment in the interim constitution of ‘Azad’ J&K”.

Sardar Shaukat Ali Kashmiri, Chairman of United Kashmir People's National Party (UKPNP), meanwhile, said that “Pakistan has always imposed such laws through its facilitators on the people of Pakistan-occupied Kashmir, which compromise their basic political and fundamental rights”. It is well known that the people of Pakistan-Administered J&K have been denied their basic fundamental rights, and that they are at the receiving end of severe brutalities by Pakistani security agencies for voicing their concerns.

While the 5 August 2019 legal moves by India in Indian-Administered J&K have drawn much of the recent public attention, the draft 14th Amendment Bill to the 1974 Interim Constitution has yet again highlighted that the future of the people of Pakistan-Administered J&K is going to continue to involve treatment akin to that in an occupied territory.

It also speaks volumes about the Pakistani State that the vision it has historically had, and continues to have, for the part of J&K that it has declared ‘Free’, is so abysmally skewed and self-serving.