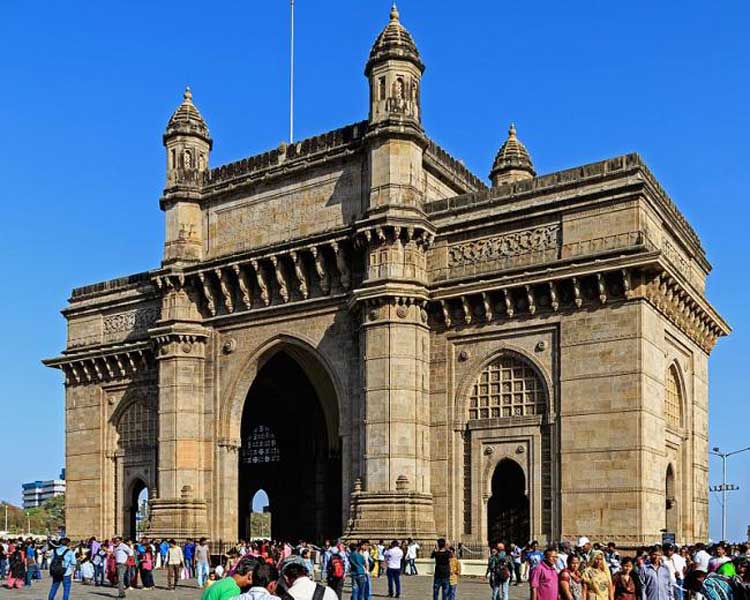 On May 17, 2020, two Police personnel, Sub-Inspector Dhannaji Honmane and constable Kishore Atram, were killed and another three were injured in an exchange of fire with Communist Party of India-Maoist (CPI-Maoist) cadres in the Poyerkothi-Koparshi forested area under Bhamragarh Tehsil (revenue unit) in Gadchiroli District. Superintendent of Police (SP) Shailesh Balkawade disclosed that the gun-battle took place when Maoists opened fire at a Quick Response Team (QRT) from Bhamragarh and C-60 commandos of Gadchiroli Police, who were out on a joint anti-Naxal [Left Wing Extremism, LWE] operation.

On May 2, 2020, a senior CPI-Maoist woman ‘commander’ was killed in an encounter with Security Forces (SFs) in the forests of Sinbhatti under the Pendhra Division near Jaravandi village under Jarawandi Police Station limits in Gadchiroli District. The slain ‘commander’, identified as Sujanakka aka Chinakka aka Jaini (48), was on the wanted list of the Police in Maharashtra, Telangana, and Chhattisgarh. She carried a reward of INR 1.6 million on her head. SP Balkawade stated, “Sujanakka had joined the Naxal movement in 1988 and was the wife of CPI-Maoist Central Committee member Devji. She was involved in 144 crimes, including ambushes on Police and civilian murders.” Sujanakka was the ‘divisional commander’ of Kasansur Dalam (armed squad) in Gadchiroli at the time of her death.

On April 8, 2020, Maoists shot dead a former Special Police Officer (SPO), identified as Jivte Ramteke (45), after branding him a ‘police informer’ at Kohoka-Mokasa village under Kotgul Police Station limits in Gadchiroli District. The Maoists reached his village and dragged Ramteke out of his house and shot him dead. Reports indicate that the Maoists had earlier, erected a banner mentioning Jivte’s name and warning him of dire consequences for ‘making money’ by becoming a ‘police informer’.

Since March 6, 2000, when SATP started compiling data on LWE-linked violence across India, Gadchiroli has recorded 613 fatalities (176 civilians, 165 SF personnel, 260 Maoists and 12 Not Specified). After reaching a peak of 99 fatalities (10 civilians, 52 SFs and 37 Maoists) in 2009 the District saw a decline in the level of violence, though a cyclical trend has been observed thereafter.

The decline in overall fatalities in the District in the current year demonstrate that the tremendous success achieved by the SFs against the Maoists in the District in 2018 has now started to show real impact on the ground. Significantly, 40 Maoists were killed at one go in the Kasnasur-Boriya area of Etapalli Tehsil in twin encounters on April 22 and 23, 2018. During the year a total of 51 Maoists were killed, the maximum in a single year. Moreover, combing operations and raids have resulted in the arrest of seven Maoists in the District in the current year (data till June 7, 2020), in addition to 10 in 2019 and 11 in 2018. Mounting SF pressure has led to surrender of 50 Maoists since 2018 (16 in 2018, 33 in 2019 and one in 2020).

Vilas Kolha (44), a former 'divisional commander' of the CPI-Maoist Chatgaon Dalam, who surrendered before Gadchiroli Police on February 28, 2020, sees an uncertain future for the armed rebel movement in the District. Kolha, who was wanted in over 147 cases in Maharashtra and Chhattisgarh, including 22 murders and several cases of firing on the Police, revealed,

The party seniors goad us to regroup the Dalams, revive the village base by getting close to people and execute some reverses on the police but now it's a tough ask. Youngsters are no longer coming to us. Unlike in the past, there is no support from villagers as police are winning them over some or the other way (sic).

Clearly, there is waning support from villagers, resulting in declining recruitment of cadres.

Further, a February 3, 2020, report, revealed that, even though the number of Maoist attacks in the District was on the decline, there had been a massive rise in the destruction of private property by Maoists over the preceding three years. SP Gadchiroli, Balkawade thus noted,

Recently, Naxals have prioritized disrupting road construction work, especially in villages bordering Chhattisgarh and Telangana. They do not want roads to be built in interior areas. In our assessment, we have found that their first target is road construction activity, followed by forest goods and government vehicles and machinery.

More recently, protesting against the killing of Sujanakka – the ‘divisional committee member’ and ‘commander’ of Kasnasur Dalam – on May 2, 2020, the Maoists set ablaze four vehicles near Kulbhatti and Gajamendhi villages in Dhanora Tehsil in the District on May 20, 2020.

Located in the north-eastern part of Maharashtra, Gadchiroli has been the epicenter of Maoist violence in Maharashtra. The District has a total area of 14,412 square kilometres, of which 11,694 square kilometres fall under forest cover (78.40 per cent). This serves as ideal terrain for the Maoists and makes the task of locating and sanitizing Maoist hideouts difficult. Further, Gadchiroli shares borders with four Districts – Bijapur, Kanker, Narayanpur, and Rajnandgaon of Chhattisgarh, the worst Naxal-affected Indian State and two Districts – Adilabad and Karimnagar of Telangana, and is used as a transit area between the two States.

Significantly, all these Districts (barring Karimnagar)  are among the 90 Districts in 11 States  listed as LWE affected, according to a Government release of February 5, 2019. Further, all the Districts (barring Adilabad and Karimnagar), along with Gadchiroli, fall among the ‘30 worst Maoist-affected’ Districts, across seven States in the country, according to the Union Ministry of Home Affairs (UMHA). Moreover, Gadchiroli covers parts of the Abujhmadh forest (along the Maharashtra-Chhattisgarh border), which has been developed as a Maoist fortress, from where its leaders manage the rebel movement.

According to a March 7, 2020, report, a document seized by Gadchiroli Police during an operation (date unspecified) in the District, suggested that the Maoists have no plans to shift their base from the forested and hilly Abujhmadh region. The seized document clearly stated, ‘last blood would be shed at Abujhmadh’ implying that the Maoists plan to make their last stand in the region. Gadchiroli SP Balkawade thus asserts, “Abujhmadh occupies a place of pride among Maoists, which is unlikely to get replaced, going by the documents we have seized.” The Maoist document puts to rest any speculation regarding developing forested terrains of Amarkantak in Madhya Pradesh as an ‘alternative base’, despite repeated strikes on Abujhmadh by SFs of Chhattisgarh and Maharashtra.

The declining trend in violence in the District does not necessarily imply that Maoist capacities are at a terminal stage. The Maoists in the District currently appear to be maintaining strategic restraint. It would be premature to conclude that the Maoist insurgency in Gadchiroli is ending, despite sustained SF successes. The gains would need to be continuously consolidated through aggressive operations, if they are not to be eroded.