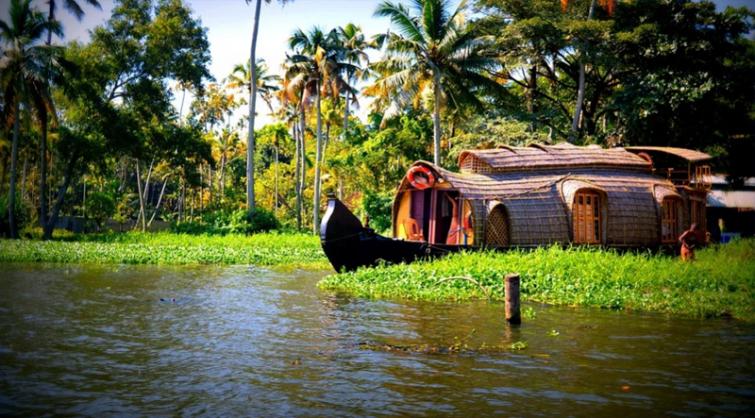 On March 11, 2020, a Communist Party of India-Maoist (CPI-Maoist) cadre, identified as P. Srimathi (27), was arrested by the personnel of Tamil Nadu ‘Q’ Branch near Attappady forests in Palakkad District. According to a Police Official, Srimathi was a member of the Kabani and Bhavani Dalam (armed squad) of the CPI-Maoist. She was wanted in over 20 cases registered both in Kerala and Karnataka, and was on the watchlist of Police of both the States for long.

On January 15, 2020, Maoists attacked and vandalized a tourist resort at Attamala town under Meppadi Police Station limits in Wayanad District. They also stuck handwritten posters in the name of the Kabani Dalam of ‘Nadugani Area Committee’ (NAC) of CPI-Maoist, on the walls of the resort.

According to partial data collated by the South Asia Terrorism Portal (SATP), these are the two Maoist-linked incidents reported in the State in 2020, thus far (data till April 5).  During the corresponding period in 2019, there were three Maoist-linked incidents. Another two more incidents were reported in the remaining period of 2019. Through 2018, there was no such incident. The last incident before this was reported on September 21, 2017, when a CPI-Maoist leader Kalidasan aka Kalidas aka Sekhar Raja (44) was arrested from the Moolakombu tribal settlement on the Kerala-Tamil Nadu border at Pudur near the Attappady Block of Mannarghat Taluk in Palakkad District.

Out of the five incidents in 2019, three were incidents of killing, resulting in five fatalities (all Maoists). The previous fatality was reported in 2016, when two CPI-Maoist cadres, including a woman, were killed in an encounter with the Kerala Police, inside the forests at Padukka under Nilambur forest range in Malappuram District on November 24.

Since March 6, 2000, when SATP started compiling data on Left Wing Extremism (LWE), the State has recorded eight LWE-linked fatalities, all Naxalites [Left Wing Extremists]. The maximum number of fatalities (five) were reported in 2019, followed by two in 2016 and one in 2014.

Indeed, on October 29, 2019, the Police issued a major alert across the State with a specific alert issued for five northern Districts – Kannur, Kozhikode, Wayanad, Malappuram, and Palakkad. An unnamed senior Police Officer disclosed that Maoist movements had been reported more frequently in these Districts.

Out of these five Districts, three – Palakkad, Malappuram, and Wayanad – are also among the 90 Districts in 11 States listed as LWE-affected by the Union Ministry of Home Affairs (UMHA) on February 5, 2019. Significantly, these three Districts fall into what is designated as the Kerala-Karnataka-Tamil Nadu (KKT) tri-junction area where the Naxalites have been engaged in efforts to set up a base.

Over the past few years, multiple intelligence inputs to Kerala Police have suggested an expansion of Maoist influence in the KKT tri-junction area. According to a November 21, 2019, report, the Multi Agency Centre (MAC) had, on several occasions, raised the issue of Naxals migrating from the Dandakaranya zone, mainly concentrated in south Bastar, towards the KKT axis. Further, of the three States into which KKT falls, Kerala has repeatedly been highlighted as the State where the increase in Maoist migration and arms training has been most active.

Due to frequent operations by security forces of Karnataka and Tamil Nadu, Naxals were forced to flee towards the jungle areas of Kerala. But for Kerala, combing operation is new to them and requires assistance. Kerala has vast jungle areas that are unexplored.

In addition to several measures in past, the Kerala Government adopted a number of measures in 2019 to contain the Maoist attempts to spread their influence in Kerala. As reported on August 22, 2019, after years of adopting a soft approach towards the Maoists, the State Police decided to go on the offensive with their ‘Surrender or Assault’ scheme. Under the scheme, Maoists are given a time frame to surrender, failing which the Police will launch an assault via a series of offensive operations.

Despite this, the State continues to witness a visible Maoist presence, if not a consolidated front.

More worryingly, according to a March 16, 2020, report, after facing continuous setbacks in the State, the Maoists’ central leadership has decided to revamp the State leadership to strengthen their activities. A ‘central committee member’, identified as Sanjay Deepak Rao, a resident of Andhra Pradesh, has taken over the leadership of the Maoists in Kerala. Police sources have received information that Sanjay Deepak Rao was appointed as the ‘state committee leader’ with an aim to strengthen the armed force in the State. So far, the Maoists wing in Kerala was operating under the ‘central committee’ member – B.G. Krishnamoorthy, a native of Karnataka who is currently leading activities in tribal hamlets under the CPI-Maoist Nadukani Dalam unit. The newly appointed leader Sanjay Deepak Rao is listed among the top 38 Maoist leaders, and carries a bounty of INR 4 million on his head. The change in leadership could have serious ramifications for the State in the near future.

The Maoist presence in the State is still no more than incipient, and it is important that the SFs scotch their ambitions at this stage. The cost of allowing any further consolidation of the rebels in Kerala would be unacceptable.