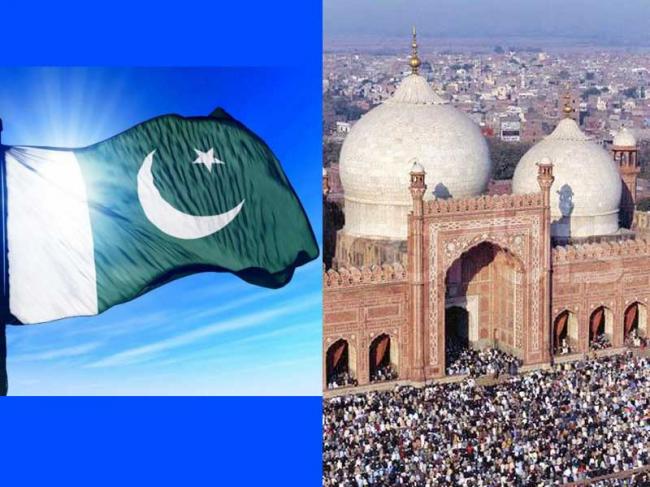 The Media in Pakistan has long faced the brunt of the all-powerful military establishment. Of late, with elections around the corner, there has been an intensification of the crackdown against journalists and news establishments. On June 6, 2018, The New York Times thus wrote

Just a month and a half away from national elections, Pakistan's powerful military establishment has mounted a fearsome campaign against its critics in the news media, on social networks, and in mainstream political movements. It is all adding up: journalists abducted or threatened, major news outlets blocked, sympathetic views toward the civilian governing party, the Pakistan Muslim League-Nawaz, censored or punished. Interviews with journalists and political analysts in recent days have been dominated by concerns that a military campaign of intimidation and crackdown on dissent is intensifying ahead of the vote - and nearly unanimously, none dared discuss it on the record.

General Elections are scheduled to be held on July 25, 2018.

A prominent British-Pakistani journalist and activist, Gul Bukhari, known for his criticism of the military establishment, was abducted by ‘unidentified persons’ at around 11 pm [PST] on June 5, 2018, from Sherpao Bridge in the Cantonment area of Lahore, the provincial capital of Punjab. Gul Bukhari was reportedly whisked away by gunmen when she was on her way to the Waqt TV studio for a show. The driver of the Waqt TV cab told the Police that two persons came out of a vehicle and asked Bukhari to get into their vehicle. "When she refused they bundled her up in the vehicle and sped away," he said, adding that her abductors did not say anything to him. As the news of Bukhari's abduction broke out, several people took to the social media blaming the intelligence agencies for her forced disappearance because of her views about the Pakistani military. Somethree hours later, Bukhari's family confirmed that she had returned home. She has refused to talk about her abductors.

Elsewhere in the city, on the same day, senior journalist and television anchor Asad Kharal was reportedly attacked by ‘masked men’ near Allama Iqbal International Airport. Kharal, who was on his way home from the airport when his vehicle was intercepted, was taken out from the car and assaulted.

On May 15, 2018, the Government of Pakistan 'blocked' the distribution of Dawn, one of the country's leading English dailies. A report by Reporters Sans Frontiers (RSF) stated that the distribution of Dawn had been blocked in most of Balochistan Province, in many cities in Sindh Province and in all military cantonments. The RSF observed,

The unwarranted blocking of the distribution of one of the main independent newspapers has yet again shown that the military are determined to maintain their grip on access to news and information in Pakistan. It is clear that the military high command does not want to allow a democratic debate in the months preceding a general election. We call on the authorities to stop interfering in the dissemination of independent media and to restore distribution of Dawn throughout Pakistan.

The action followed publication by Dawn of an interview with former Prime Minister Nawaz Sharif on May 12, 2018. Sharif had acknowledged that the terror attacks launched on Mumbai between November 26 and November 29, 2008, were carried out by Pakistan-born terrorists. According to the RSF report, the ‘blockade’ came into effect as the Pakistani Army brass was reportedly unhappy with the newspaper's publishing of the interview.

On April 1, 2018, Geo TV, part of Pakistan's largest commercial media group, Jang, was taken off the air in many parts of the country. The ban only ended a month later after talks between the military and the network's chiefs, who reportedly pledged to make sure the network’s coverage does not cross the military’s line.  Significantly, in April 2014, Geo TV’s most prominent anchor and journalist, Hamid Mir, was shot by ‘unidentified gunmen’. Mir survived his injuries and was on record blaming military intelligence agency Inter Services Intelligence (ISI) for the attack.

On March 1, 2018, Anjum Muneer Raja (40), a sub-editor at Urdu newspaper Qaumi Pukaar, was shot dead in a high-security zone in the Pakistan Army General Headquarters area in Rawalpindi in Punjab. He was on his way home from work when the incident occurred. While speaking to Dawn, Raja's uncle Tariq Mehmood asserted that his nephew did not have a personal enmity with anyone and expressed shock that Raja was murdered in such a ‘highly secured’ area.

On January 10, 2018, prominent journalist, Taha Siddiqui, who reports for France 24 and is the Pakistan Bureau Chief of the Indian television channel World Is One News (WION), escaped a kidnapping attempt on his way to the airport in Islamabad. "The Army and intelligence agencies were threatening me and I suspect the people who tried to kidnap me were from the Army," Siddiqui said, speaking to Radio Free Europe / Radio Liberty (RFE/RL) from Paris, where he has relocated, "They do not like investigative reporting that uncovers the wrongdoings of those institutions.”

Press Freedom Barometer 2018 (monitored from May 1, 2017 to April 1, 2018), released by Freedom Network(FN) on May 2, 2018, observed that Islamabad was the most dangerous place to be a journalist in Pakistan, accounting for 35 per cent of the 157 violations recorded by the Report. Other areas found dangerous for journalists were Punjab, the second worst, with 17 per cent of the violations (26 cases); followed closely by Sindh with 16 per cent (25 cases); Balochistan with 14 per cent (22 cases); and Khyber Pakhtunkhwa with 10 per cent (16 cases). The Federally Administered Tribal Areas (FATA) documented the lowest number of overall violations at eight per cent of the total with 13 cases. According to a press release issued by FN, the group has recorded over 157 cases of attacks and violations against media and its practitioners, including journalists, in Pakistan in the preceding year, "signifying a worryingly escalating climate of intimidation and harassment that is adversely affecting the freedom of expression and access to information environment". The report points to the state and its agencies and functionaries, as the most serious ‘threat actors’ targeting media in 39 per cent of the incidents, as compared to other actors, such as militant groups, political parties, religious groups and criminals.

An April 25, 2018 report by RSF revealed that Pakistani journalists were increasingly resorting to self-censorship due to pressures from intelligence agencies and extremist groups. RSF placed Pakistan at the 139thposition out of 180 countries that restrained press freedom.

Pakistan’s media community is effectively under siege. The Gul Bukhari abduction came only hours after the military warned that it was monitoring those criticising Pakistan. At a press conference on June 4, 2018, Director General (DG) of Inter-Services Public Relations (ISPR) Major General Asif Ghafoor derided the rise of social media troll accounts which, he said, spread propaganda against the Army and State, and warned that ISI was monitoring such accounts and those that engage with them, including journalists. During his presentation, Major General Ghafoor showed a graphic featuring an alleged troll account's Twitter activity and the journalists and other individuals allegedly connected to the account. Ghafoor claimed that these journalists redistributed anti-state and anti-Army propaganda from the troll's account.

Displaying photos of journalists alleged to help push anti-state propaganda in Pakistan is tantamount to putting a giant target on their backs. General Ghafoor should apologize for his comments and explain how security forces might help promote journalist safety in Pakistan, where reporters and editors are routinely threatened, attacked, and killed for their work.

The practice of bulldozing media, however, is an old phenomenon. As noted, top Pakistani journalist Hamid Mir was seriously wounded in a targeted shooting in Karachi, the provincial capital of Sindh, on April 19, 2014. Mir's car was ambushed as soon as it left Karachi's Jinnah International Airport and was on the way to his Jang group-owned Geo TV's office. Mir had earlier told his family, friends, colleagues, Army and Government officials in writing that he would hold ISI chief Lt. General Zaheerul Islam responsible if he was attacked. Hamid Mir had been relentlessly highlighting the issue of missing persons in Balochistan. The incident also demonstrated the ruthless attempts by the military establishment to silence an increasingly critical media, with the civilian Government expectedly toeing the Army's line.

In 2011, the Inter-Services Intelligence (ISI) was accused of abducting, torturing and killing Saleem Shahzad, a journalist working as the Pakistan Bureau Chief of Asia Times Online (Hong Kong) and Italian news agencyAdnkronos (AKI). Shahzad disappeared in the evening of May 29, 2011, from Islamabad and his mutilated body was recovered from a canal in Mandi Bahauddin District of Punjab on May 31. His body bore marks of severe torture. Human Rights Watch researcher, Ali Dayan Hasan, claimed he had "credible information" that Shahzad was in the custody of ISI. Indeed, Shahzad's friends and colleagues revealed that the ISI had warned Shahzad at least three times prior to his death. In October 2010, Shahzad was summoned to ISI headquarters the day after publishing a sensitive article on Afghan Taliban leader Abdul Ghani Baradar's capture.


At least 105 media personnel have been killed in Pakistan since 2000. Another 518 have either faced assault or have been injured in attacks. At least 450 media persons have been abducted/ arrested, while another 350 have faced direct intimidation. According to the partial data compiled by SATP, 2018 has already recorded the killing of one journalist, thus far.

The punishing pressure now being applied to Dawn and other news outlets is more insidious than the outright censorship of times past, Dawn’s editor Zaffar Abbas noted. “They want to control the narrative,” Abbas claimed, without elaborating who “they” were, “And to a large extent, they are succeeding.”