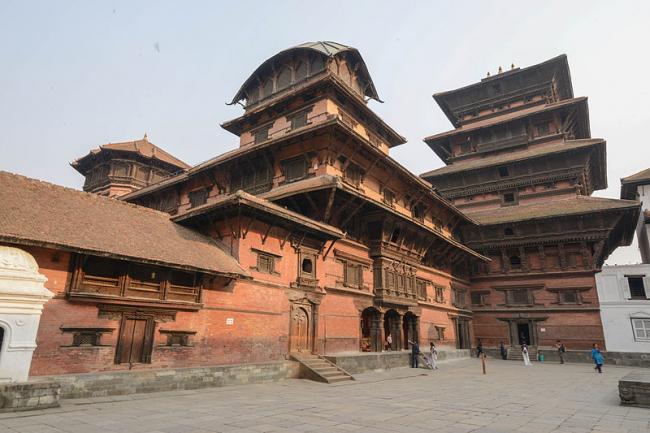 After a gap of 18 years, the first phase of Provincial and Parliamentary Elections was held across 32 Hill Districts in six Provinces on November 26, 2017. 65 per cent of the 3.19 million voters cast their votes. Elections in the first phase took place for 37 federal Parliamentary and 74 Provincial Assembly seats. There are 165 seats in the House of Representatives and 330 in the Provincial Assemblies in total. The remaining seats are scheduled for elections on December 7, 2017, in the second phase covering 45 Districts, including Kathmandu valley and the southern plains of Nepal known as the Terai. The country must conduct the elections to the House of Representatives and Provincial Assemblies by the constitutional deadline of January 21, 2017. This is for the first time that elections for the Parliament and Provincial Assemblies are being conducted under the new Constitution adopted on September 20, 2015. The last parliamentary poll was held in 1999.

After the conclusion of the elections, the Election Commission (EC) claimed the first phase a "historic success" except for violent incidents in a few polling centers. Similarly, attributing the peaceful conduct of elections to the effective and good security arrangements by the Ministry of Home Affairs (MoHA), its Spokesman Narayan Prasad Sharma Duwadi noted "Due to the Ministry's security plans, the election was not disturbed anywhere."

Some violent incidents were reported on the polling day. Three persons sustained injuries in clashes that erupted among supporters of the Democratic Alliance and Left Alliance at the Deurali Primary School polling centre in Sindhupalchowk District; two Policemen were injured after an unidentified gunman shot them during a security check in Niradnama of Siraha District; a bomb exploded at the main gate of the Panchakanya Secondary School election centre while voters were casting their ballots at Chyangre in Pauwadung Rural Municipality-3 in Bhojpur District; a bomb exploded at Bhagawati Secondary School at Aatharai Tribeni Rural Municipality in Taplejung District, halting the election proceedings for two hours; a sutli (string) bomb went off at a polling station at Chyangre in Pauwadumma Rural Municipality-3 in Bhojpur District; voters loyal to the Left Alliance captured the Gaurishankr Rural Municipality-based Suri polling centre in Dolakha District and chased away Nepali Congress (NC)-aligned voters; Police arrested seven cadres of the Left Alliance after they tried to capture the Eklebari Ward Office polling centrer at Tamakoshi Rural Municipality-1 in Dolakha District. Meanwhile, Police Headquarters claimed that a total of 10 Improvised Explosive Devices (IEDs) were recovered during the election period from Jajarkot, Nuwakot, Darchula, Rupandehi, Rolpa, Dolakha, Kapilvastu, Baglung and Taplejung Districts.

Further, there was pre-poll violence in various Districts. According to partial data compiled by the South Asia Terrorism Portal (SATP), 16 persons were injured in 13 incidents of bomb explosion and another 11 were injured in five incidents of clashes. Security fears were also triggered amid incidents of explosions targeting candidates and their campaigns in several parts of the country. As a result, compared to the average turnout during the Constituent Assembly (CA) elections on November 19, 2013 and three local level elections held on May 14, June 28, and September 18, 2017, respectively, voter participation in the present election, at 65 per cent, was lower. There was a 78.74 per cent turnout in the CA polls, and 74.16 per cent in the local level elections.

On November 12, 2017, concerned about pre-poll violence, the EC directed MoHA and security agencies to control incidents of violence in the run-up to the first phase of provincial and parliamentary polls slated for November 26. Further, as the incidents of poll-related violence increased, Chief Election Commissioner (CEC) Ayodhi Prasad Yadav addressing a high-level security meeting at the EC's central office in Kantipath, Kathmandu, on November 21, 2017, directed top officials of all security agencies - Nepali Army, Nepal Police, Armed Police Force and National Investigation Department - and the MoHA to ensure proper security for people.

Amidst the sudden rise in incidents of violence targeting candidates and election campaigns during the first phase, the National Security Council (NSC) in a confidential report on October 23, 2017, noted that the Netra Bikram Chand-led Communist Party of Nepal (CPN) was the major security threat to the elections scheduled on November 26 and December 7. The report stated that the Chand-led group had formed a parallel People's Government and People's Court. The group had mobilized its National Volunteer Organization, the youth wing of the party, which had decided to boycott elections. According to the NDC report, the Chand-led group decided to launch various activities to disrupt elections in coordination with other forces who are opposed to the New Constitution. The party also decided to 'expose' both the left alliance and democratic alliance, which are in favour of parliamentary democracy, through various activities. The group has been organizing closed-door training sessions and meetings, and has also expanded its organizational bases through conferences and cultural activities.

Meanwhile, according to the Chand-led CPN's secret circular obtained by Republica on November 18, 2017, the party had directed its organization to prepare plans to foil the polls: "Our party comrades should resort to small and medium scale physical action in a responsible fashion but avoid causing human casualties." The party instructed rank and file about the decision to continue the physical action until November 25, a day before the polls in 32 Hill Districts. The circular further states that the party has decided to protest against parliamentary polls in line with its stance against the parliamentary system of governance.

On November 24, 2017, MoHA instructed the Police to arrest top leaders of the Chand-led CPN including Chand, Khadga Bahadur Biswokarma and Dharmendra Bastola among others, as part of its intensified move to curb anti-election activities. The instruction came in line with MoHA's conclusion that the Chand-led CPN is a major security threat to the elections. 49 Chand-led CPN cadres were arrested from various Districts during the first phase, for anti-elections activities.

In a dramatic turn of events on October 3, 2017, the chiefs of three left political parties - Communist Party of Nepal-Unified Marxist Leninist (CPN-UML), Communist Party of Nepal-Maoist Centre (CPN-Maoist Center) and Naya Shakti Party-Nepal (NSP-N) - formed an electoral alliance, the Left Alliance, to contest the upcoming Provincial and Parliamentary elections. Reading out the six-point agreement, CPN-Maoist Center leader Janardan Sharma observed that the three parties would merge and form a sole communist force after the elections. The agreement read: "An eight-member unification coordination committee would be formed immediately to facilitate preparations for the merger, which the party said would be held as soon as possible after the polls."

Responding to the move of the CPN-UML to forge a Left Alliance for the upcoming provincial and parliamentary elections, a meeting held at the Prime Minister Sher Bahadur Deuba's official residence at Baluwatar, Kathmandu on October 4, 2017, between the top leaders of NC, Rastriya Janata Party Nepal (RJPN), Federal Socialist Forum Nepal (FSFN), Rastriya Prajatantra Party (RPP), Rastriya Prajatantra Party-Democratic (RPP-D) and Madhesi Janadhikar Forum (MJF), decided to forge an electoral alliance - the Democratic Alliance - for the upcoming elections. Reacting against the Left Alliance, NC Central Working Committee (CWC) on October 6, 2017, concluded that the Left Alliance was against national unity and the democratic system, and could affect Constitution implementation and the peace process.

Later, NC President Deuba, addressing a function organized at the party's headquarters at Sanepa in Lalitpur District to unveil the party's election manifesto on October 31, 2017, observed, "The communist alliance is trying to undermine democracy. Democracy has given people all sorts of rights. But under communism people's right to protest against injustice is usurped. There is not even right to cry in communism when there is injustice." Similarly, NC senior leader Ram Chandra Paudel while addressing an election rally at the Rainas Municipality in Lamjung District on November 20, 2017, stated, "Communists exercising in multi party system are trying to forge consensus to push the country toward anarchism, to stop the nation from being ruled by autocratic rules, the democratic forces should emerge victorious to safeguard democracy in the nation (sic)."

Despite sporadic disruptions at election rallies and around election candidates, with the completion of these elections, Nepal will have embarked on a new political course. The tortuous transition toward democratic consolidation in a federal structure and the building up of new institutions must need to be understood as deep deficits to be addressed in politics and the rule of law. The overriding hope is that these elections will move Nepal out of a protracted post-conflict transition into a period of stabilization. Amidst these hopes and fears, a general atmosphere of uncertainty persists, and much remains to be done.