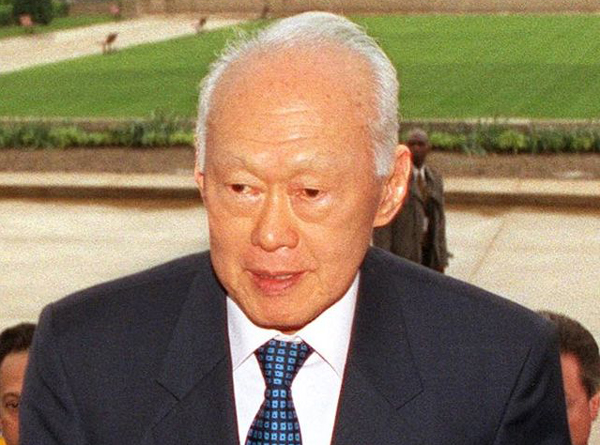 He had played a significant role in transforming Singapore into a major wealthy global hub.

He passed away at Singapore General Hospital at 3.18am.

Singapore Prime Minister Lee Hsien Loong said in a statement posted on the official website of the PM:"I am deeply saddened to tell you that Mr Lee Kuan Yew passed away peacefully this morning at the Singapore General Hospital. "

The Prime Minister has declared a period of National Mourning from Monday to Mar 29.

"As a mark of respect to the late Mr Lee Kuan Yew, the State flags on all Government buildings will be flown at half-mast from today to Sunday," read the PM's official website.

"A State Funeral Service will be held at 2 pm on 29 March (Sunday) at the University Cultural Centre, National University of Singapore," it said.

A co-founder of the People's Action Party (PAP), he had served Singapore as its first prime minister. He served as the PM from 1959 to 1990.

Mourning his death, India PM Narendra Modi tweeted: "A far-sighted statesman &a lion among leaders, Mr Lee Kuan Yew's life teaches valuable lessons to everyone. News of his demise is saddening. In this hour of bereavement, our prayers are with Mr. Lee Kuan Yew's family and the people of Singapore. May his soul rest in peace."

British PM David Cameron said in a statement: "I am sad to hear of the death of Singapore’s first Prime Minister, Lee Kuan Yew."

"Lee Kuan Yew personally shaped Singapore in a way that few people have any nation. He made his country into one of the great success stories of our modern world. That Singapore is today a prosperous, secure and successful country is a monument to his decades of remarkable public service. He was always a friend to Britain, if sometimes a critical one, and many British Prime Ministers benefited from his wise advice, including me," he said.

US Secretary of State John Kerry tweeted: "I join those around the world in honoring the life of Lee Kuan Yew – he turned #Singapore into one of most dynamic countries in the world."

New Zealand PM John Key said: "Lee Kuan Yew was a man of rare qualities who unified Singaporeans. His loss will be deeply felt by his family and the people of Singapore."