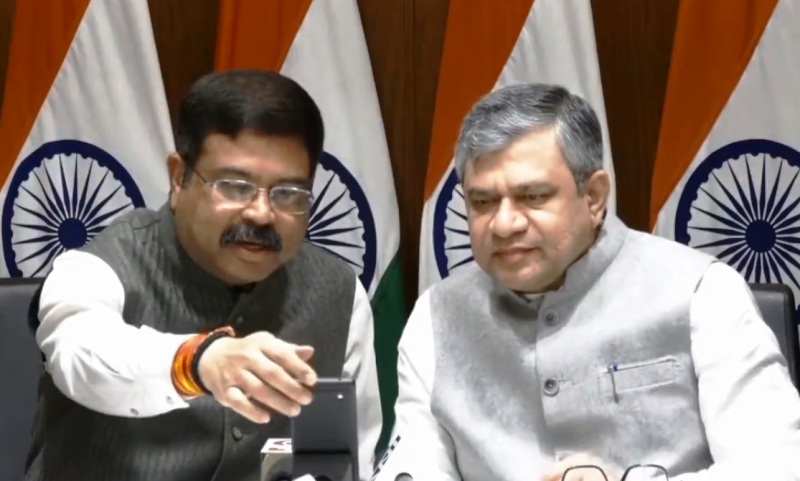 New Delhi/IBNS: Union Minister for Communications, Electronics and Information Technology Dharmendra Pradhan on Tuesday tested 'BharOS', an indigenous operating system that has been developed by the Indian Institute of Technology, Madras (IIT).

"Congratulations to everyone involved in developing the system. For the very first time when our Prime Minister Narendra Modiji talked about digital India eight years ago, some of our friends mocked him, but today, technocrats, innovators, industries and policymakers, and academic institutions of the country have accepted his vision after eight years," he said.

Towards an #Aatmanirbhar digital infrastructure. https://t.co/QwkKzxEw02

Union Telecom Minister Ashwini Vaishnaw, who was also present at the event, said: "There will be difficulties in this journey and there are many people around the world who will bring difficulties and will not want any such system to be successful."

The BharOS is an Indian government-funded project to develop a free and open-source operating system (OS) for use in government and public systems.

The project aims to reduce the dependence on foreign OS in smartphones and promote the use of locally developed technology.