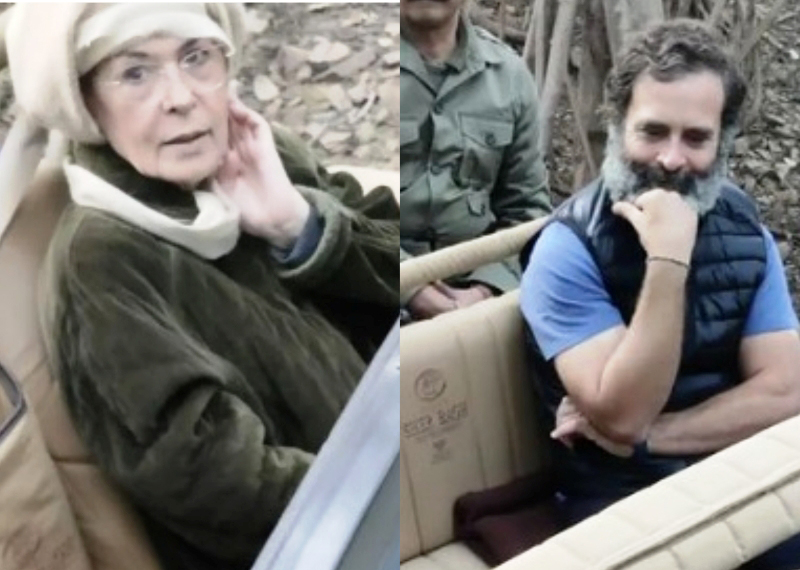 According to reports, Sonia Gandhi is on a four-day visit to Rajasthan to celebrate her 76th birthday on Friday with her children Rahul and Priyanka.

The park has posted images of the mother-son enjoying the safari in an open jeep.

The timing or the zone has not been specified in the post.

The Ranthambore National Park, located in Rajasthan's Sawai Madhopur, is known for its large tiger population and attracts tourists from all across the world.

The photos of the Congress leaders amassed 100 likes in just 15 minutes.

On Thursday, the party announced the march has been paused and will resume on Dec 10. Later in the day, Rahul flew to Ranthambore from Bundi in a chopper.

The 'Bharat Jodo Yatra' will cover about 500 km in Rajasthan by passing through Jhalawar, Kota, Bundi, Sawai Madhopur, Dausa and Alwar districts over 17 days before entering Haryana on December 21.

The photos from the trip came a day after Congress made a return to power in  Himachal Pradesh following a series of decimation in other states including a humiliating one in Prime Minister Narendra Modi's home turf-Gujarat.