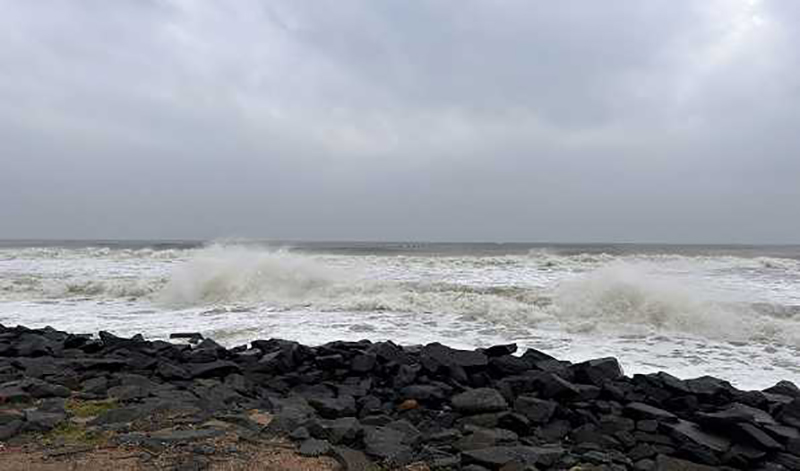 Kakinada: The local marine police and Thimmapuram police have closed the Kakinada Uppada beach road as the sea has been very rough with high tides overflowing the road near Kothapatnam due to Cyclone Mandous which is likely to cross the coast between Puducherry and Sriharikota near Mamallapuram by midnight tonight or early tomorrow morning.

The vehicular traffic was diverted on alternate routes as the sea level has raised and overflowing the beach road at several stretches making travel unsafe.

The entire coastal region has been experiencing squally weather due to the impact of Mandous Cyclone since Thursday night.

In Uppada village due to high tides, the soil was eroded affecting the tiled houses.

Kakinada smart city has been experiencing intermittent rain followed by heavy winds making the people to confine to homes.