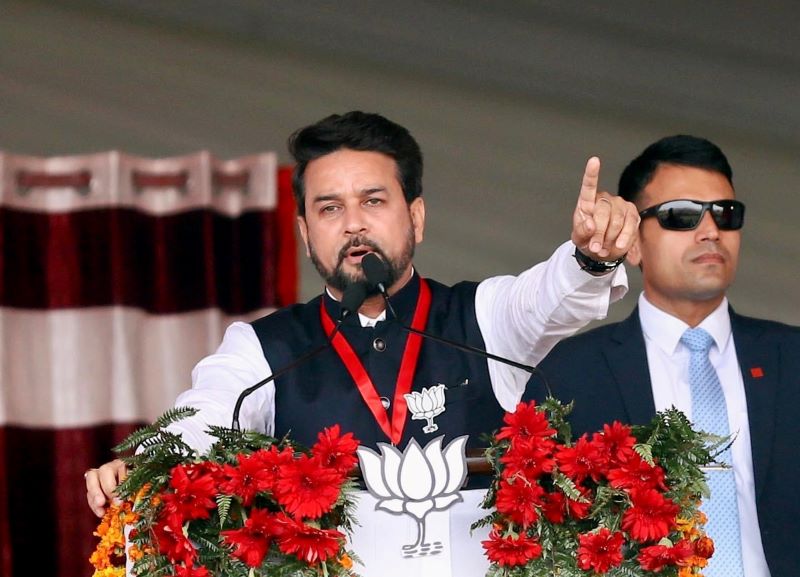 The Bharatiya Janata Party (BJP) has lost all five assembly seats which fall under Union Minister Anurag Thakur's Lok Sabha constituency Hamirpur in Himachal Pradesh, where the Congress returned to power on Thursday.

Out of five, the Congress has won four and one Independent.

Very significantly, the Congress has won from Sujanpur, the constituency where Thakur's father and former Chief Minister Prem Kumar Dhumal had contested in the past, by just 399 votes.

In Boranj, the BJP has lost to Congress by a slim margin of 60 votes.

In a continuation of the trend in Himachal where people elect alternate governments every five years, the Congress uninstalled the BJP government by winning 40 of 68 seats.

The BJP, which had aimed to break the trend and return to power, ended up winning only 25 seats.