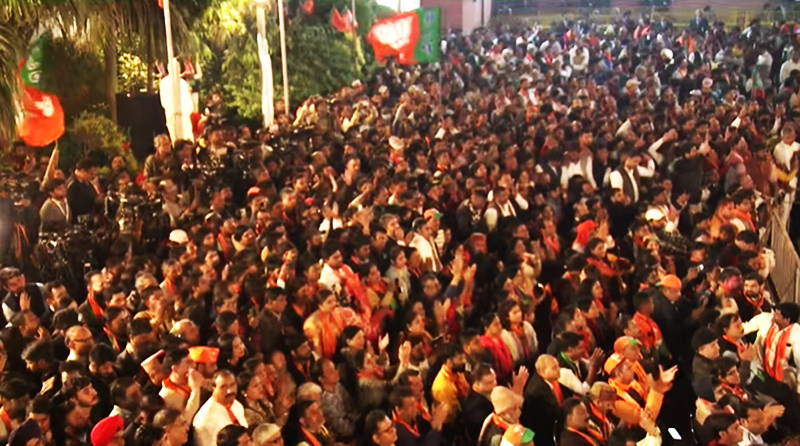 Hyderabad/IBNS/UNI: A minor fire broke out at the Bharatiya Janata Party (BJP) state headquarters at Nampally in Hyderabad here on Thursday.

The incident occurred when the party workers were bursting firecrackers as part of celebrations of winning the assembly elections in Gujarat on Thursday.

No casualties were reported in the incident, but advertisement flexes and cable wires were damaged.

BJP registered a historic performance, winning 156 seats in the state polls where AAP campaigned intensively for a change in government after BJP’s 27 years of uninterrupted rule.

A bit contrary to its abysmal outcome in Gujarat, Congress has reclaimed power in the hill state of Himachal Pradesh, which chooses alternate governments every five years.