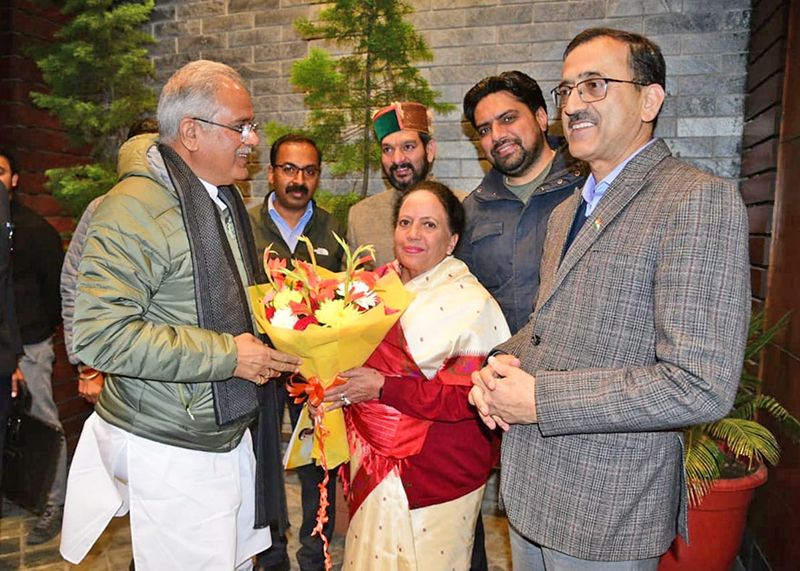 New Delhi/IBNS: After tasting success in Himachal Pradesh following a series of decimation in other states, the Congress has called a meeting of its MLAs in Shimla on Friday to decide the chief minister of the hill state.

The Congress has bagged 39 out of the 68 seats in the Himachal while BJP claimed 26 seats and others managed 3.

Himachal chief minister Jai Ram Thakur has tendered his resignation after the ECI declared Congress's victory. He attributed certain 'issues' to the change in the direction of results.

"I have handed over my resignation to the Governor. Will never stop working for the development of people. We need to analyse things. There were some issues that changed the direction of the results. I will go to Delhi if they call us," Himachal Pradesh CM Jairam Thakur.

The Himachal poll results are not in contrast with the long-established pattern of alternate Congress and BJP governments since 1985.

In the last 37 years, the hill state has never voted a sitting government to power at a stretch. The anti-incumbency factor has always played its role, reflecting voters’ refusal to overlook the lapses committed by the sitting government.

Examples of this norm are the two most popular Chief Ministers of the state, Virbhadra Singh of the Congress and Prem Kumar Dhumal of the BJP, who despite their popularity failed to reverse the trend.

The voters remained unfazed and remained true to their nature even as Prime Minister Narendra Modi urged them to change their behaviour of changing governments just after one term.