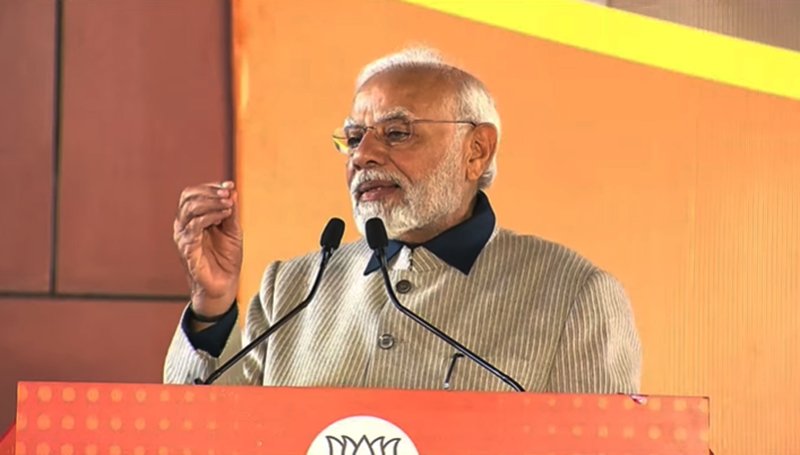 'People voted for BJP as they believe our govt can take bold decisions': PM Modi after landslide Gujarat victory

New Delhi/IBNS: Prime Minister Narendra Modi Thursday led the Gujarat election victory celebrations at the Bharatiya Janata Party (BJP)'s headquarters in Delhi stating that people 'blessed' the saffron camp in creating a record victory margin in the state as they believe that this is the only party capable of taking strong decisions in the "best of nation's interests".

The BJP raced to its best-ever result in Gujarat, with the Aam Aadmi Party (AAP) cutting into Congress votes.

Addressing the BJP workers, PM Modi said: "The progress BJP has made under JP Nadda ji's leadership is being felt by all the party workers across the nation. It is commendable that in these elections, people have truly celebrated the festival of democracy and ensured that not even in a single booth was re-election or re-polling required."

"Not just in Gujarat, but in the UP by-election too, we had a big win. This is also indicative of what is to come in Bihar," the Prime Minister said.

"I promised that this time Bhupendra (Bhupendrabhai Patel) will break Narendra's record and Narendra will work towards that. People of Gujarat broke the record in breaking records," he said.

In a massive energetic victory speech, PM Modi said: "Like Nadda ji has highlighted that the difference in the win-loss in Himachal Pradesh was less than 1 percent. This has never been the case in Himachal. Every five-year, the Himachal generally changes govt, but it is a swing of about 4-5 percent."

Amid 'Modi...Modi' chanting by the euphoric workers, PM Modi indicated that the results in all the states indicate that the BJP is here is stay.

"This less-than-1 percent swing shows that the people of Himachal and the BJP karyakartas (workers) of Himachal kept the BJP in and worked for the BJP's win. Today I assure everyone in Himachal, that even though we missed out on a victory but we remain 100 percent determined to work for the development of Himachal Pradesh," PM Modi promised.

Taking pride in his government's ability for "bold decisions", the face of the BJP said: "The reason why the BJP is loved so much across the nation is that the people of this nation know that BJP has the conviction and courage to take the bold and tough decisions." 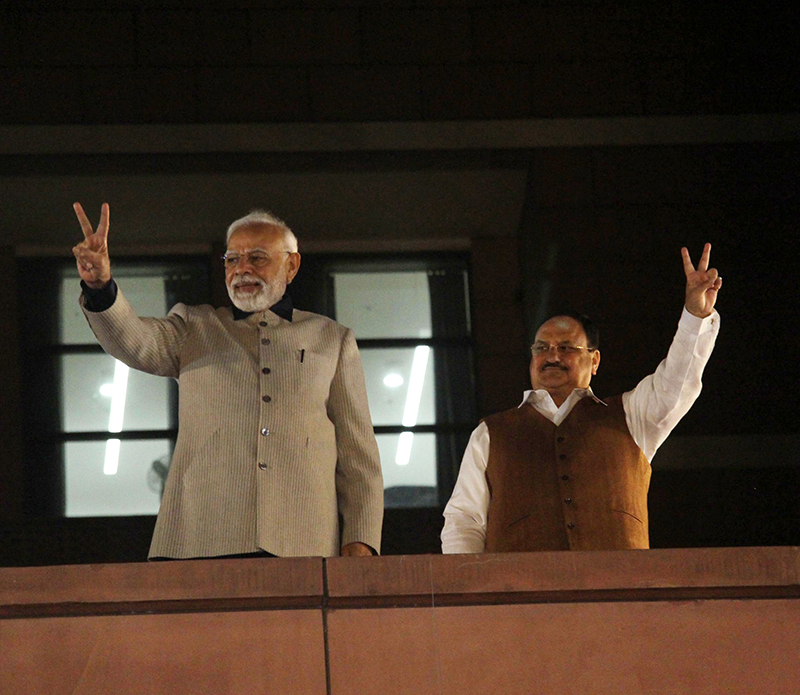 "This is also reflected in the ever-growing support and trust that BJP is gaining with time," he added.

PM Modi said the youth in Gujarat, who comprise an important section of voters, voted for vision and development and that is what Bharatiya Janata Party is made up of.

"Whenever there is a challenge in front of the country, people always rely on the BJP...whenever people have development aspirations, they entrust the BJP with the same," claimed the PM with visible pride and joy.

Tearing into his opposition, PM Modi said: "Today countrymen do not believe in short-cut politics, people understand that if the country develops, it would bring development for all."

"Whether people belong to the urban sector or rural, rich or poor, everyone believes in BJP's conviction for reforms. This is the same reason that the BJP registered a thumping victory in the tribal areas of Gujarat. They have realised that only BJP looks after their needs and development," the PM said.

"This is the same BJP under whose regime, the country got its first tribal president, the same BJP who is working relentlessly for the economic reforms of the tribal people," said he.

Thanking the voters of Gujarat, the man on whom BJP relies heavily for all their election campaign, PM Modi said: "I want to thank the people for blessing us with the victory that encourages us to work harder, humbly and try relentlessly towards the development of the country with sacrifice and a selfless attitude."

In an indirect dig at Aam Aadmi Party (AAP), PM Modi said this election revealed the real face of the so-called "neutral" politicians.

"People have understood the real face of the thekedaar (self-proclaimed custodians of country)" he said. 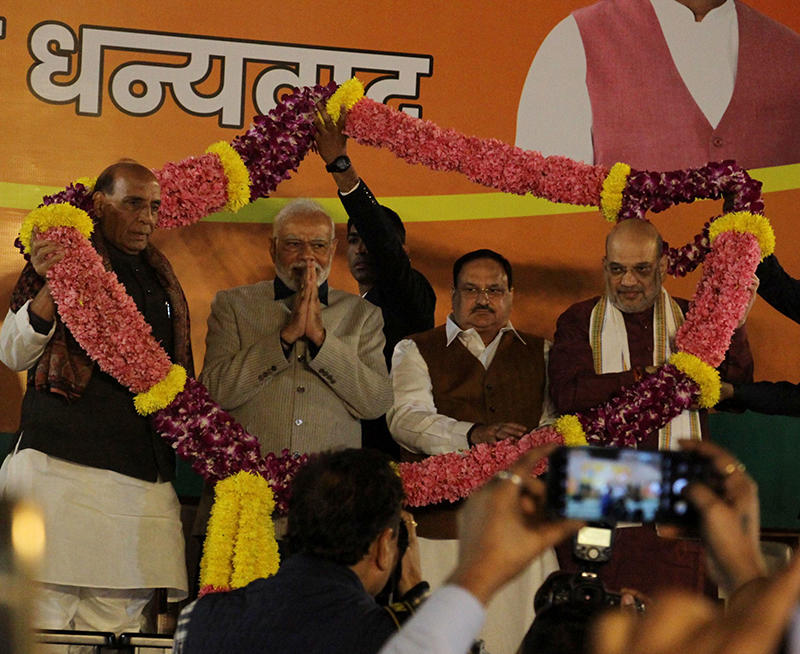 Hailing the women voters, PM Modi said: "BJP is inclusive in its approach. For BJP, men and women are seen as equals. All of BJP's policies are ones that have an essence of equality. For BJP, the women progress of women is a mission."

BJP registered a historic performance, winning 156 seats in the state polls where AAP campaigned intensively for a change in government after BJP’s 27 years of uninterrupted rule.

A bit contrary to its abysmal outcome in Gujarat, Congress has reclaimed power in the hill state of Himachal Pradesh, which chooses alternate governments every five years traditionally.

The Congress has bagged 39 out of the 68 seats in the Himachal while BJP claimed 26 seats and others managed 3.