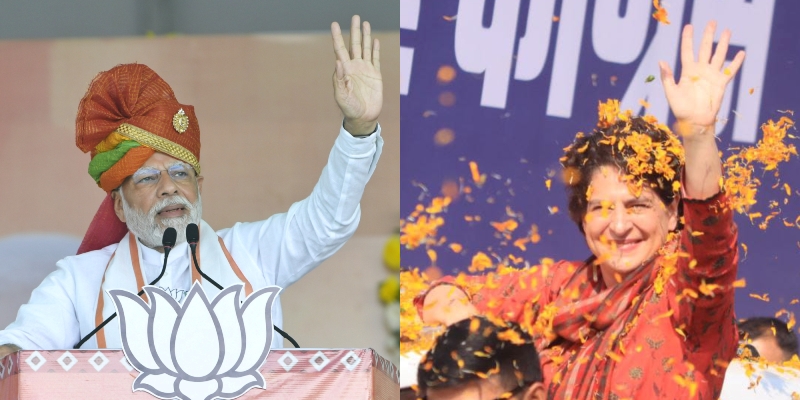 The Bharatiya Janata Party (BJP)'s massive victory in Gujarat with a decimation of all opposition forces is now certain as the saffron camp is winning or leading in over 150 of 182 assembly seats, where elections were held in two phases early December.

As per the latest trends, the BJP is winning/leading in 158 seats, Congress in only 16, Aam Aadmi Party (AAP) in 4 and Independents in 4.

The BJP has improved its vote share by a few percent from the last elections in 2017 while the Congress, which was almost absent in active campaigning this time, has got its vote share tumble.

The AAP, which had an aggressive campaign but not enough to dislodge BJP in Prime Minister Narendra Modi's homestate Gujarat, managed to win around 13 percent of total votes.

BJP's MLA-elect from Ghatlodia, Bhupendra Patel, will take oath as the Chief Minister for his next term at 2 pm on Monday in presence of Prime Minister Modi and Union Home Minister Amit Shah, the two most important people in the BJP.

A bit contrary to its abysmal outcome in Gujarat, Congress is eyeing to return to power in hill state Himachal Pradesh, which chooses alternate governments every five year traditionally.

As per the latest trend, Congress is leading in 39 seats, BJP 26 and others 3.