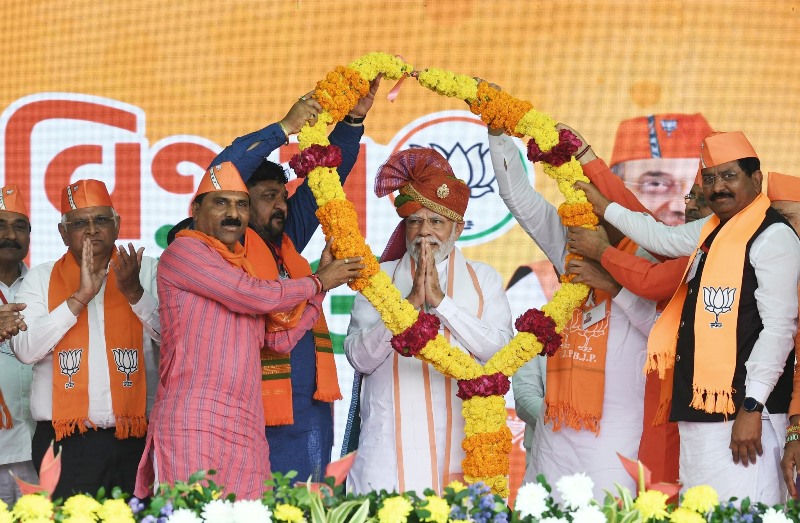 The Bharatiya Janata Party (BJP) is on the way to script a history in Gujarat by winning over 150 seats in the 182-member assembly, storming back to power for the seventh consecutive term in Prime Minister Narendra Modi's homestate.

As per the latest trend, the BJP is leading in 154 seats decimating the prime opposition Congress, which has managed to win only 20.

Three independents are also in the lead.

A bit contrary to its abysmal outcome in Gujarat, Congress is eyeing to return to power in hill state Himachal Pradesh, which chooses alternate governments every five year.

As per the latest trend, Congress is leading in 39 seats, BJP 26 and others 3.