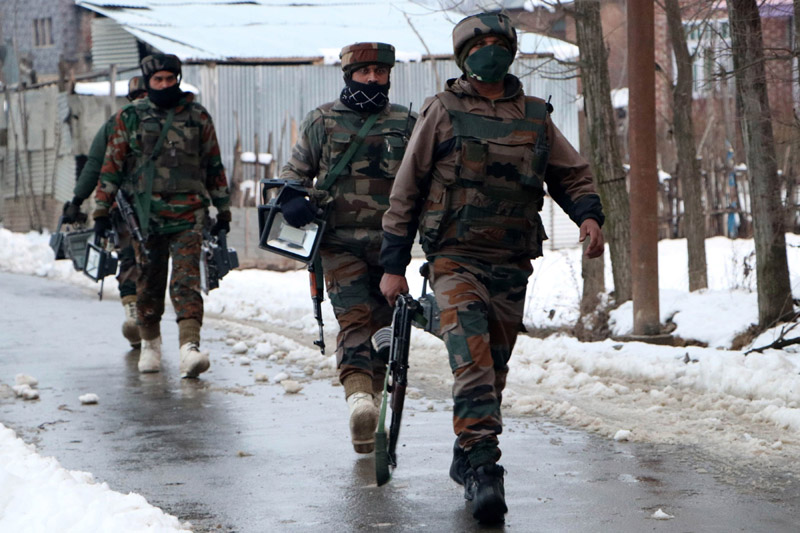 Kashmir: Militants escape after brief exchange of fire in Shopian

Srinagar/UNI: Militants have managed to escape after a brief exchange of fire with security forces erupted last night at Wathoo area of Jammu and Kashmir’s Shopian district, officials said.

A gun fight had raged between security forces and militants at Watho in south Kashmir on Wednesday night during a cordon and search operation in the area following an input about the presence of militants.

As the joint team of forces cordoned the suspected spot, the hiding militants opened fire, triggering a gun fight”, a security official said and added “however, militants managed to escape from the spot in the cover of darkness after initial contact.

“After initial exchange of fire, no contact was established with the militants”, he said, and added “the cordon was tightened and searches were conducted, but no militants was found and the operation was called off”

He, however, said during searches two Pherans, two pistol rounds and three AK-47 rounds were recovered from the site.