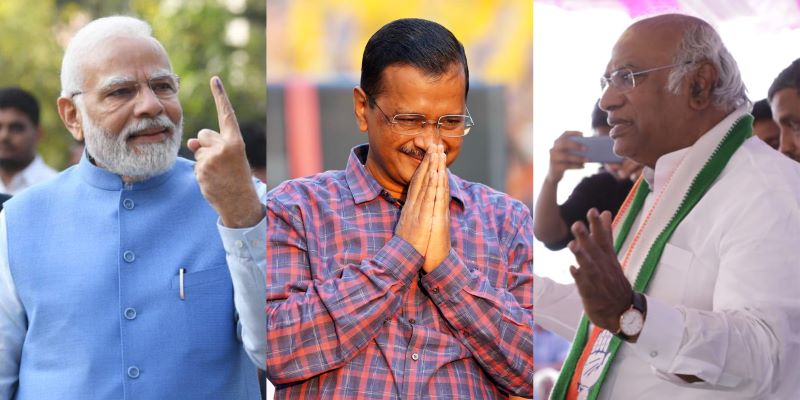 Gandhinagar/Shimla:The Bharatiya Janata Party has taken strong early leads as counting of votes for the Gujarat and Himachal Pradesh Assembly polls is currently underway on Thursday.

Early trends showed, in Gujarat, BJP is ahead in 110 seats while the Congress is marching ahead in 29.

In Himachal Pradesh, BJP is leading in 32 seats.

The Congress is leading in 24 seats.

In Gujarat, elections took place in 182 seats and in Himachal voters decided the fates of candidates contesting in 68 seats.

The elections to the 182 member state assembly in Gujarat were held in two phases- December 1 and December 5- with a total voter turnout of 66.38 per cent.

The state, that traditionally has remained a battlefield between BJP and Congress, has witnessed the entry of a third party- the Arvind Kejriwal led Aam Aadmi Party for the first time making the elections a triangular contest.

Exit polls have predicted a clear victory for the BJP.

In Himachal Pradesh, the elections in the hilly state were conducted in one single phase on November 12. The state registered a record voter turnout of 75.6 per cent in the polls.

The current assembly, for which the elections were held in 2017, has 44 MLAs of the BJP, while the Congress has 21 MLAs. Two MLAs are Independents and the CPM has one seat.

Traditionally, the BJP and Congress have remained the two contenders to rule the state.