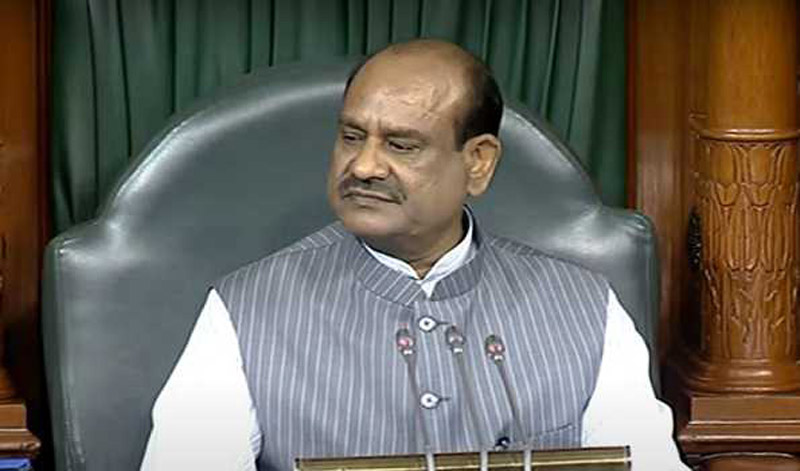 India's G-20 Presidency is a matter of pride: Om Birla

New Delhi: Lok Sabha Speaker Om Birla on Wednesday said India's Presidency of G-20 countries during 'Azadi Ka Amrit Mahotsav' is a matter of pride for the country and the people.

Birla made the statement after presiding over the proceedings of Lok Sabha on the first day of the Winter session as he congratulated the government and the people of the country on India's assumption of G-20 Presidency.

Birla said that the theme of the Conference is "One Earth, One Family, One Future" is in line with India's philosophy of “Vasudhaiva Kutumbakam”.

During the conference, India will present to the world the power of its rich multi-colored cultural heritage and vibrant democracy, and will play a leadership role across the globe, the Speaker observed.

He also appealed to all public representatives and people of the country to celebrate the occasion with grandeur.