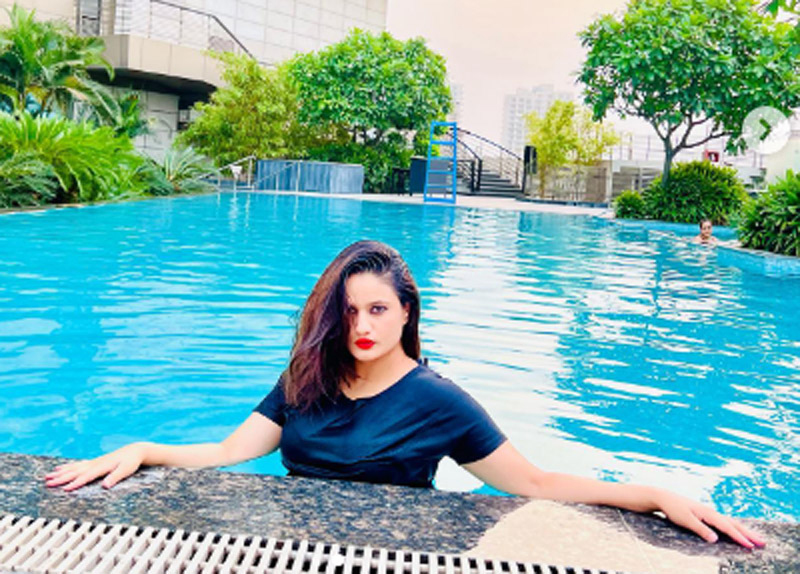 New Delhi: Gurgaon police have arrested a Delhi-based Youtuber for allegedly extorting at least Rs 70 lakh from a businessman and 'threatening to frame him in a rape case', media reports said on Wednesday.

The accused was identified as Namra Qadir.

She was arrested and produced in a district court where she was sent to police custody for four days.

Police said her husband, who is also an accused in the case, is still not arrested.

According to police, a Badshahpur resident, filed a police complaint in Gurgaon, alleging that the accused extorted money and laid a trap by threatening to implicate him in a false case, reports The Indian Express.

In the police complaint, he said he runs an influencer media firm and had met Namra at a hotel on Sohna road.

“I had seen her videos on social media and had communicated with her. She introduced me to (her husband), who is also a YouTuber. They agreed to work with my company and asked for Rs 2 lakh advance, which I paid the same day. Later for some advertisement work, they asked for Rs 50,000 and I transferred it to their account,” he said in the FIR as quoted by the newspaper.

He alleged that Namra even expressed her wish to marry him.

“She said she would return the money later after her sister’s wedding. I also liked her and we started hanging out together, and (her husband) always accompanied her. One day, they took me to a club for a party and forced me to drink alcohol. The three of us then booked a room in the hotel and slept. The next morning, she asked me for my card and smartwatch and blackmailed me by threatening to lodge a rape case against me if I refused to do so,” he added in the FIR.