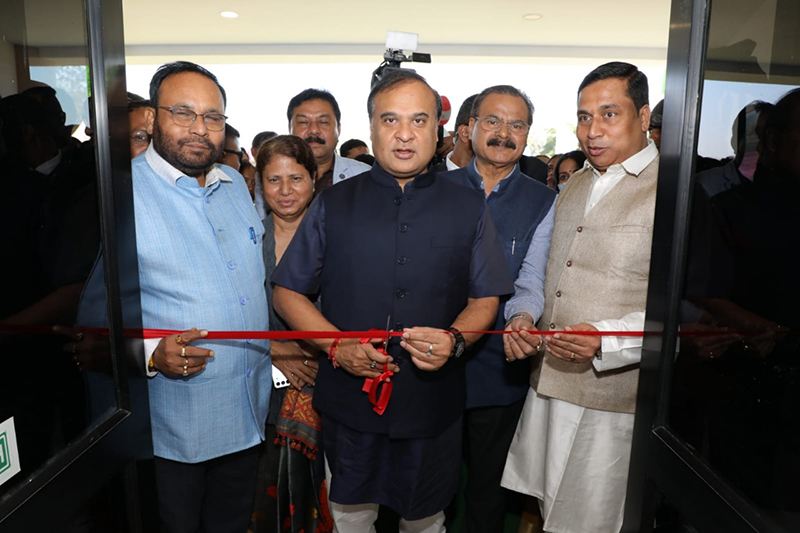 Guwahati/IBNS: Assam Chief Minister Himanta Biswa Sarma on Tuesday arrived at Nalbari on a day-long visit during which he inaugurated as many as 12 projects aimed at transforming the historic district into one of the most progressive ones on all fronts in the state.

The total costs of the 12 projects come to approximately amount of Rs 680 crore.

Addressing a public meeting at the upcoming district Sports Stadium Complex at Sariahtoli, the Chief Minister exuded confidence these initiatives would go a long way in meeting the aspirations of the residents of Nalbari district.

The Chief Minister stated that these initiatives have the potential to radically transform Nalbari district into one of the most progressive districts on multiple fronts in days to come.

He appealed to the people of the district for their cooperation and support in the government's endeavour for their socio-economic and educational uplift.

Sarma also announced that he would look into the possibility of construction of a state-of-the-art modern sports stadium at Samata. 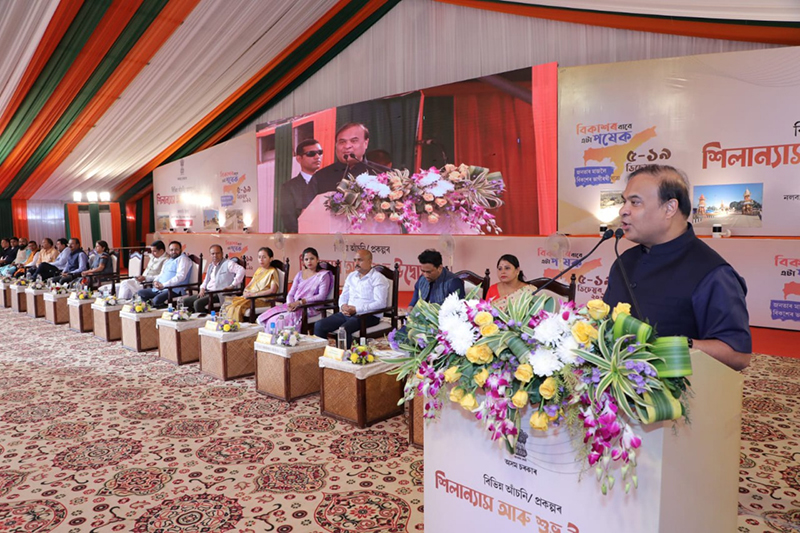 The Chief Minister stated that in the next couple of months, projects worth a whopping Rs 40,000 crore would be either inaugurated or launched across various districts.

The wave of growth and development that has been unleashed by the current regime in the State is a manifestation of the importance welfare of all sections of the society is being accorded, he added.

Referring to the period when one had to resort to strikes and demonstrations to get a genuine popular demand fulfilled, Chief Minister Sarma said genuine aspirations are being taken care of by the current regime on its own, as it understands the pulse of the public.

The Chief Minister also spoke about various initiatives aimed at the welfare of the public, especially those aimed at poverty alleviation, while appealing for mass participation in these programmes.

He appealed to the economically disadvantaged families which were left out of the Orunodoi scheme in its first phase to apply without fail for the upcoming Orunodoi 2.0.

He also sought the public's cooperation in achieving the intended aims of Mission Basundhara 2.0.

Appealing to those involved in paddy cultivation to avail of the paddy procurement scheme, the Chief Minister said this has been launched to ensure there is no distress selling by farmers to middle-men and unscrupulous traders.

He said instructions have been issued to all Deputy Commissioners to take strict actions against any trader found to be purchasing paddy from cultivators at below Rs 2040 per quintal.