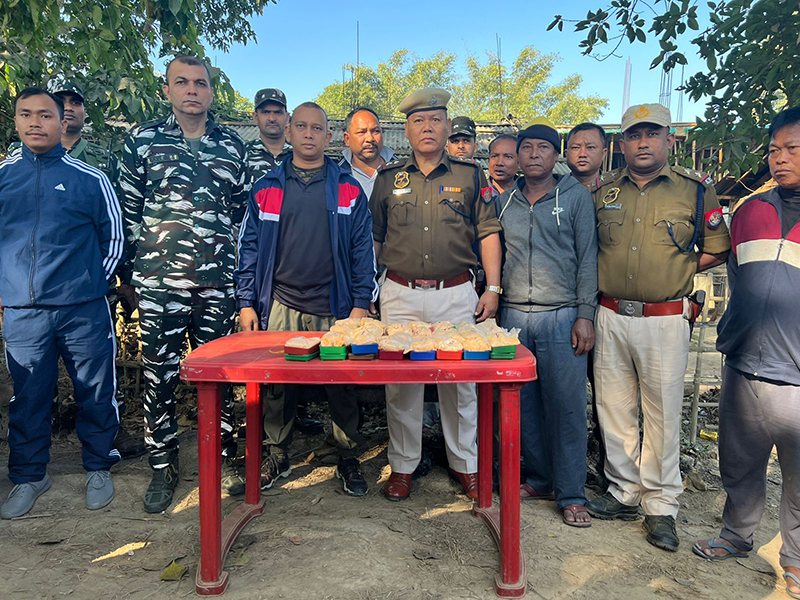 According to police, based on secret information, a joint team of police and CRPF led by John Das, carried out a raid at the Khatkhati Kachari Gaon area and recovered 29 packets of soap cases containing 381 grams of heroin from a vehicle bearing registration number AS-01AP-6384.

"Today at about 8.30 am acting on a secret information, a raid was carried out at Khatkhati Kachari Gaon assisted by the Officer-in-Charge of Khatkhati PS, staff and C20 CRPF Camp Bokajan and recovered 381 grams of heroin from a four-wheeler. We arrested one person. The market value of the seized drugs is estimated at around Rs 3 crore," John Das, SDPO of Bokajan said.

The arrested person was identified as Ayeto Aye (29 years old) - a resident of Dimapur of Nagaland.

A case has been registered at Khatkhati police station in connection with this.