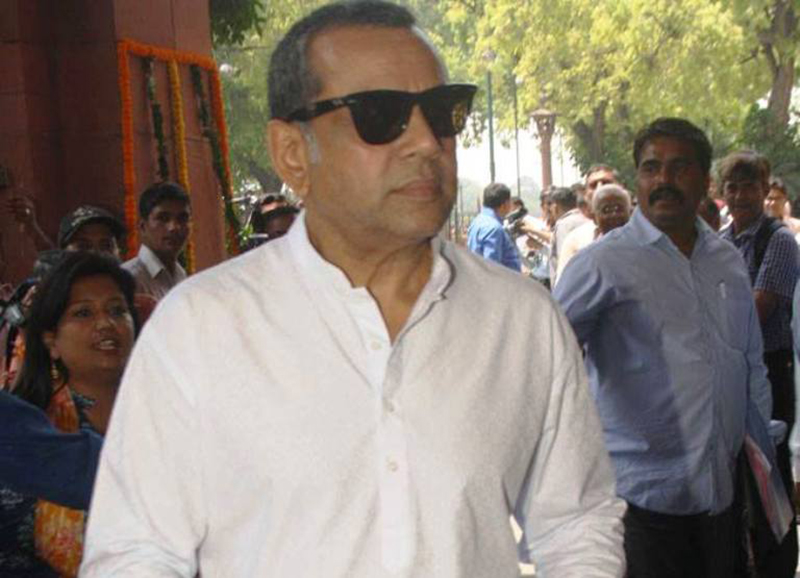 Kolkata/ IBNS: The Kolkata Police has summoned actor-politician Paresh Rawal for questioning over his comments on Bengalis made at an election rally in Gujarat.

He has been asked to present before the Kolkata Police on Monday.

At a rally, Paresh Rawal had said the people of Gujarat would tolerate inflation but not "Bangladeshis and Rohingya" next door.

He also used a "cooking fish" stereotype comment that has incensed Bengalis. Responding to a huge backlash, he apologised last Friday but made it worse.

"Gas cylinders are expensive, but their price will come down. People will get employment too. But what will happen if Rohingya migrants and Bangladeshis start living around you, like in Delhi? What will you do with gas cylinders? Cook fish for the Bengalis?" Paresh Rawal had in Valsad, which voted in the first phase of the Gujarat election.

"Gujarat people can tolerate inflation but not this ... The way they deliver verbal abuses. A person among them needs to wear diaper on his mouth."

After facing flak on social media, Paresh Rawal wrote an apology post but ended up aggravating the row by claiming that he meant "illegal Bangladeshis and Rohingya" when he used the word "Bengalis".

"Of course the fish is not the issue as Gujaratis do cook and eat fish. But let me clarify - by Bengali I meant illegal Bangladeshi and Rohingya. But still if I have hurt your feelings and sentiments, I do apologise (sic)," he posted.

of course the fish is not the issue AS GUJARATIS DO COOK AND EAT FISH . BUT LET ME CLARIFY BY BENGALI I MEANT ILLEGAL BANGLA DESHI N ROHINGYA. BUT STILL IF I HAVE HURT YOUR FEELINGS AND SENTIMENTS I DO APOLOGISE. 🙏 https://t.co/MQZ674wTzq

He had replied to a user demanding his clarification: "Fish shouldn't have been the topic. He needs to clarify."

Many saw it as "hate speech" attacking Bengalis. Others described it as "xenophobic dog-whistling" against the Bangladeshi and Rohingya.