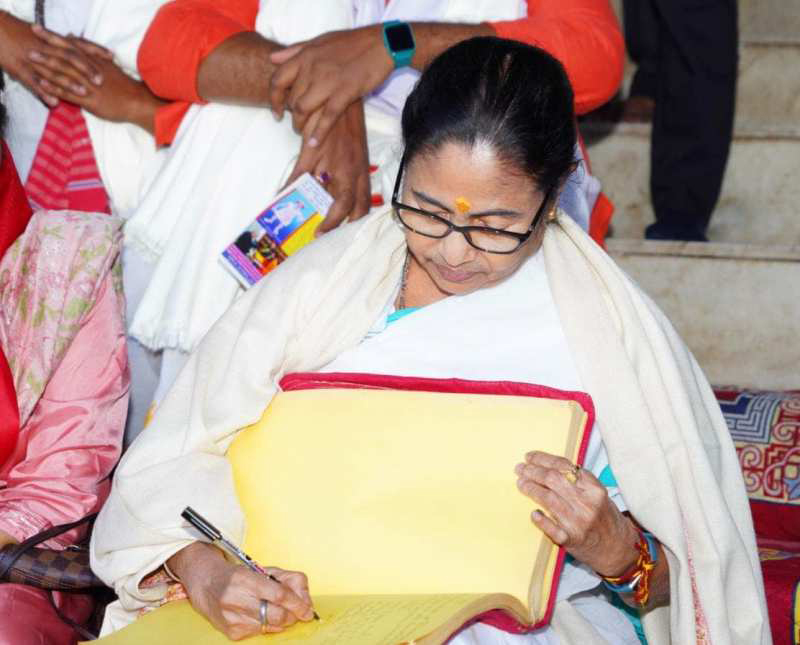 Speaking to reporters at Ajmer Sharif over Saket Gokhale's arrest, Mamata Banerjee said: "It's very bad and sad. Salet is a very important and bright man. His social network is very popular. He has done no mistake. What was his fault that he tweeted against the Prime Minister? Our government faces such tweets so many times.

"Yes of course caution should be exercised while tweeting that it doesn't jeopardise the country's security. But he tweeted about the Morbi tragedy as so many people died. We feel very sorry for him and this vindictive attitude is not tolerable to me," she said.

He said Saket was 'picked up' by the police after he reached Jaipur city in Rajasthan.

Saket took a 9pm flight from New Delhi to Jaipur on Mon. When he landed, Gujarat Police was at the airport in Rajasthan waiting for him and picked him up. 1/3

"TMC national spokesperson@SaketGokhale arrested by Gujarat Police. Saket took a 9pm flight from New Delhi to Jaipur on Mon. When he landed, Gujarat Police was at the airport in Rajasthan waiting for him and picked him up," Derek tweeted.

At 2 in the morning on Tue, he called his Ma and told her that they are taking him to Ahmedabad and he would reach Ahmedabad by noon today. The police let him make that one two-minute phone call and then confiscated his phone and all his belongings. 2/3

"The cooked-up case is filed with the Ahmedabad cyber cell about Saket’s tweet on the Morbi bridge collapse. All this cannot silence @AITCofficialand the Opposition. BJP taking political vendetta to another level," he said.

Gokhale will face charges like forgery, which could lead to five years in jail.

The Dec 1 tweet cited a Right to Information (RTI) reply that "revealed the PM's visit to Morbi cost the Gujarat government ₹ 30 crore", far more than the compensation given to victims (a total of ₹ 5 crore). This was flagged as "fake" by the government's fact-check unit the same day.

Quoting an RTI, It is being claimed in a tweet that PM’s visit to Morbi cost ₹30 cr.#PIBFactCheck

▪️ No such RTI response has been given. pic.twitter.com/CEVgvWgGTv

Over 130 people were killed in Gujarat's Morbi town when a renovated colonial-era bridge collapsed in October.

PM Modi visited the town in his home state on Nov 1, and met the injured, besides going to the tragedy site.