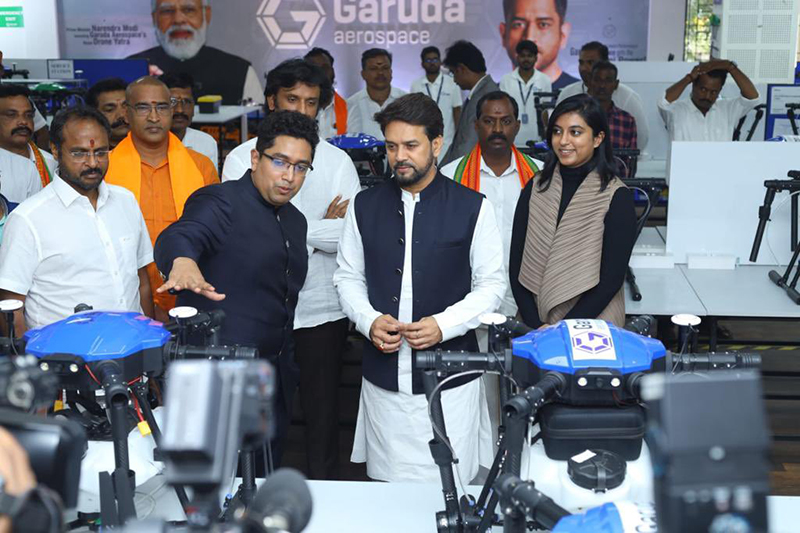 Centres of excellence in sports science to be launched: Anurag Thakur

Chennai/UNI: Universities can play important role in producing international standard athletes and the government is planning to set up centres of excellence in sports science, Union Minister for Youth and Sports Affairs Anurag Thakur said Tuesday.

"I am planning to convene a meeting with the VC’s of 40 to 50 universities to prepare a blueprint for the project, he said, while interacting with the sports personalities, office bearers of the Indian Olympic Association and other sports associations, here.

Pointing out that there were 943 private universities in the country, the Minister said even if each university can adopt an athlete and provide them with education and international training facilities, India will be able to produce 900 to 1000 International athletes.

To make a big start in this direction, various Sports Centre of Excellence have been launched under the Khelo India Project, he said, adding, Centers of Excellence in the field of sports science is also been planned.

"An athlete cannot achieve anything without the support of science. There is a lot of science behind the success of athletes," the Union Minister said.

A sports science center is been planned in Sonipat, Haryana. Similar centres will be established in Bengaluru and Patiala also, Anurag Thakur said.

He also said that Prime Minister Narendra Modi is giving special attention to the development of sports in the country.