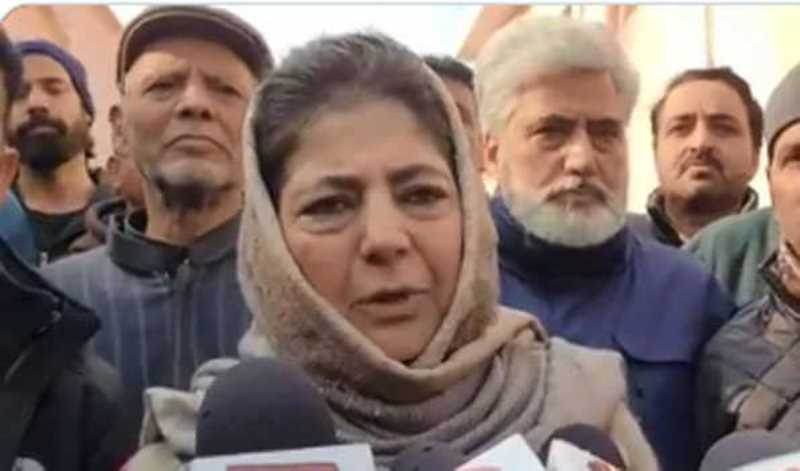 Srinagar: Former chief minister and Peoples Democratic Party president Mehbooba Mufti on Tuesday said the BJP government should answer to the people as to how the details of the Kashmiri Pandits employees reached militants.

Last week, a militant group issued a threat and also released a list of several Pandit government employees along with their places of posting. The threat was issued by The Resistance Front (TRF), a front for the Lashkar-e-Taiba created panic among the Kashmiri Pandit.

Mufti said BJP is ruling the centre and in Jammu and Kashmir they only are running the government and that is why they should tell people how the leakage happened.

"Government should tell people as to how the details of the Kashmiri Pandits employee got leaked and reached them (militants)," Mufti told reporters in Anantnag.

"On one hand Pandits who have been on the road for the past six months in Jammu are being asked to report for work and on the other side their details were leaked from the government offices," she added.

She said government was responsible for leakage of a list of Kashmiri Pandit employees posted in Kashmir.

She said the government has completely failed in protecting the Kashmiri Pandits.

“It is only exploiting their pain and suffering of the community for its own benefits. It is not serious about their problems," she said.