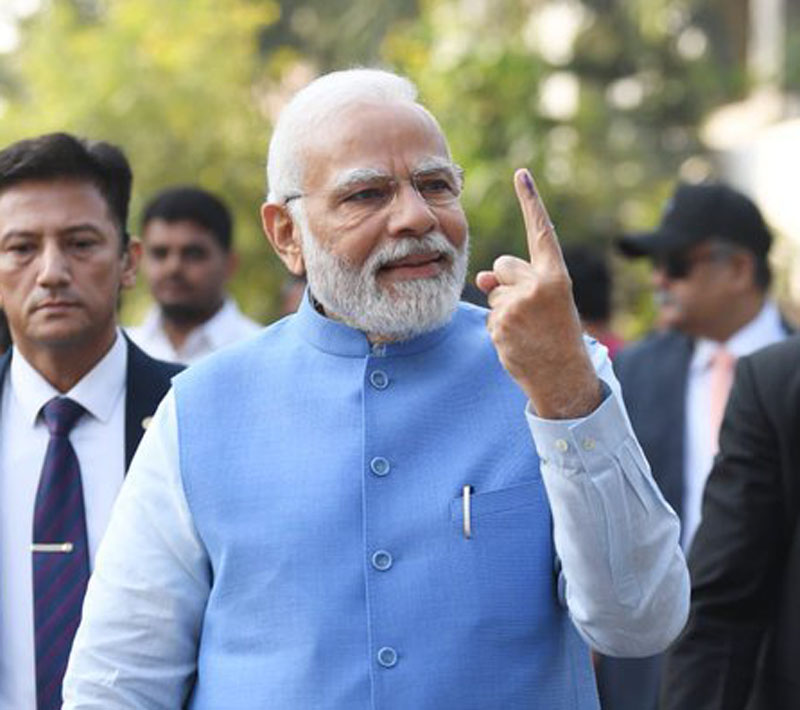 New Delhi:  The Congress on Monday accused Prime Minister Narendra Modi of violating the model code of conduct (MCC) while enroute to a polling station to exercise his franchise in the final phase of the Gujarat Assembly elections, in Ahmedabad.

The party accused the PM of holding a ''roadshow'' on the voting day.

"Today is the second and the last round of polling in Gujarat. During the process of the polling, the PM who goes to give his vote in Ahmedabad, decides to do a roadshow," said chairman of Congress Media and Publicity Department Pawan Khera at a press conference at the party headquarters here, as he claimed that it was a violation of the MCC.

He added,''This two and half hours roadshow was covered live by all channels. We will take necessary steps in this matter."

Taking a swipe at the poll panel, Khera said, "Over the last several weeks, we have seen the total 'inaction', the total silence of the watchdog of our democracy, the Election Commission of India. We have been making representations to the Election Commission at various levels. Every second or third day we have made some representations or the other in Gujarat and Delhi. The poll panel looks like it is willingly under pressure."

"We have also shared time and again visuals of BJP distributing liquor in a state where there is a prohibition. The government, the ruling party, the administration, the election machinery, everything is rolled into one in Gujarat," he said.

The PM on Monday cast his vote at the Nishan Public School, at Sabarmati Assembly constituency, Ahmedabad in the second phase of the Assembly polls.