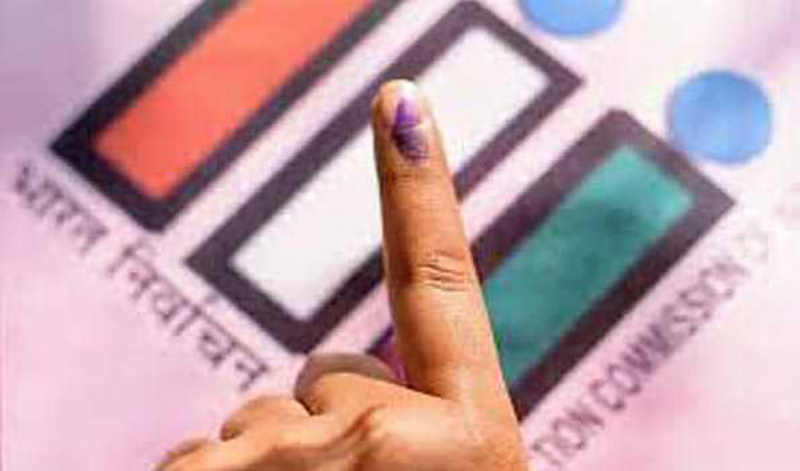 Bhubaneswar/UNI: Polling began peacefully at 7 am for the by-election to Padampur Assembly seat in Odisha amid tight security.

Chief Electoral Officer Sushi Lohani said by 9 am about 8.5% polling had been reported.

The polling will continue till 4 pm. So far no technical problem has been reported in the EVM machine, the CEO said.

Lohani said 74 booths are located in the Maoist affected areas and 78 have been marked as sensitive booths.

Out of 319 booths, web casting has been done at 120 booths and 1276 polling officers have been posted to conduct the polling smoothly in the constituency.

The authority has deployed nine companies of para military forces and 41 platoons of state police forces to maintain law and order situation during the polling.

The Bargarh SP said the border with Chhattisgarh has been sealed and security has been tightened in the Maoist infested areas in the constituency.

A report from Padampur said long queues were seen before the polling booths in the constituency. Women voters have also turned up in large numbers since morning to cast their ballots and elect their candidate of choice.

The poll day is being declared as paid holiday for all the Government employees as well as private employees who are voters in the constituency.

Special arrangements have been made for P.w.D Voters from their houses to booths and back. Also ramps, separate queues, Volunteers with wheelchairs have been arranged at each booth for them, Lohani said.

The votes will decide the fate of the candidates belonging to three major political parties, the ruling BJD, the BJP and the Congress,although independents are also in the fray

The BJD had fielded Barsha Singh Bariha, the daughter of Bijaya ranjan Singh Bariha whose demise necessitated the by-poll for the assembly seat.

On the other hand both the BJP and the Congress have fielded former MLA Predeep Purohoit and Satya Bhusan Sahu respectively who have won the Assembly seat in the past.