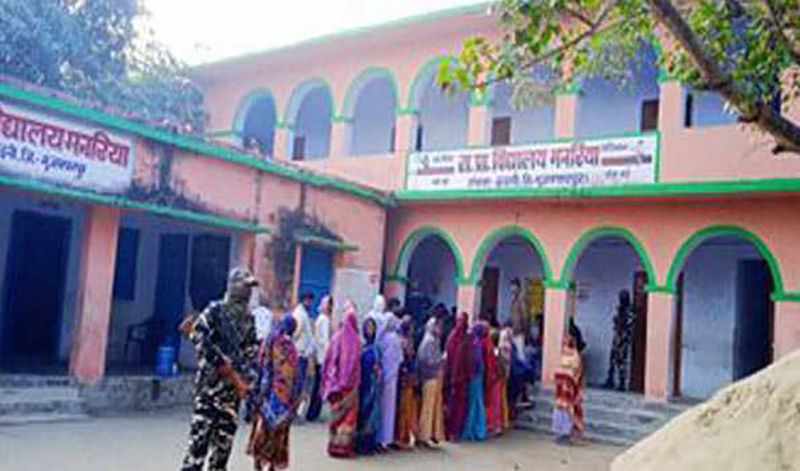 Patna/UNI: Polling began amid tight security arrangements at 7 am for the by-election in Kurhani assembly seat of Bihar where 3.11 lakhs electorate will be exercising their franchise to decide the fate of 13 candidates.

Sources of office of Chief Electoral Officer (CEO) said here that a total of 3.12 lakhs electorate would be exercising their franchise at 320 booths to decide the fate of 13 candidates including former MLAs Kedar Gupta and Manoj Singh Kushwaha.

Central paramilitary forces besides local police had been deployed to ensure fair polling which would continue till 6 pm, sources added.

The by-poll has been necessitated after disqualification of RJD MLA Anil Kumar Sahni from the House after his conviction in a fraud case.

Others in the fray include Mohammad Ghulam Murtaza (AIMIM) and Neelabh Kumar (VIP).

In the 2020 Bihar Assembly elections, Gupta had lost to Sahni in the 2020 Assembly polls, by a margin of around 700 votes.

In the by-election, RJD is supporting its allies JD(U).

The counting of votes will be taken up on December 8.