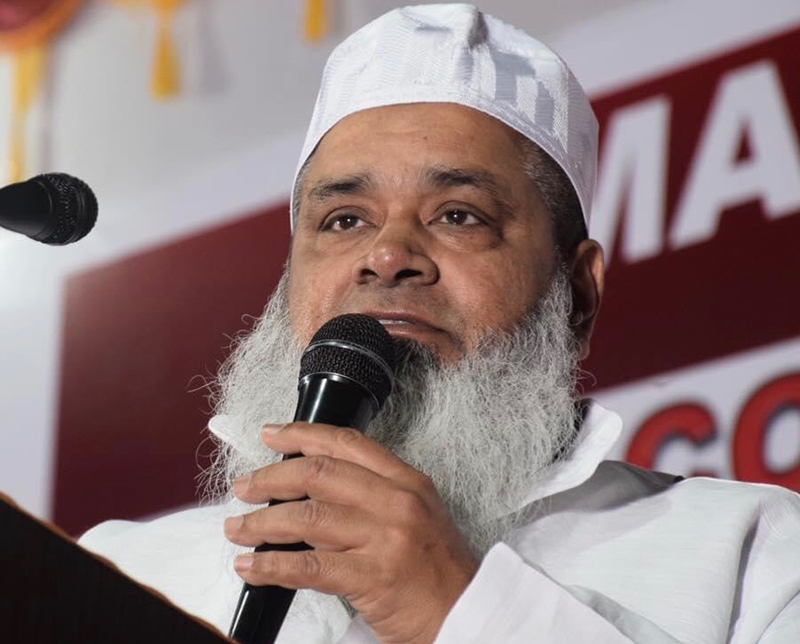 Guwahati: Stirring a controversy, All India United Democratic Front (AIUDF) chief Badruddin Ajmal said that Hindus should adopt the "Muslim formula" and get their children married at a young age.

"Muslim men marry at the age of 20-22, and Muslim women marry at 18 - the age permitted by law. On the other hand, (Hindus) keep one, two or three illegal wives before marriage. They don't give birth to children, enjoy themselves and save money," the AIUDF chief said.

The AIUDF chief said, "After the age of 40, they get married under parental pressure. So, how can one expect that they will bear children after 40? If you sow in fertile land, only then will you bear good crops. There will then be growth."

"They (Hindus) should also follow the formula of Muslims and get their sons married at a young age of 20-22 and their girls at 18-20 years. Then see how many children are born..." he said.

The AIUDF chief also responded to Assam Chief Minister Himanta Biswa Sarma's claims of 'Love Jihad' with reference to Shraddha Walker, who was murdered by her live-in partner Aaftab Poonawalla and dumped 35 pieces of her body in a forest in Delhi.