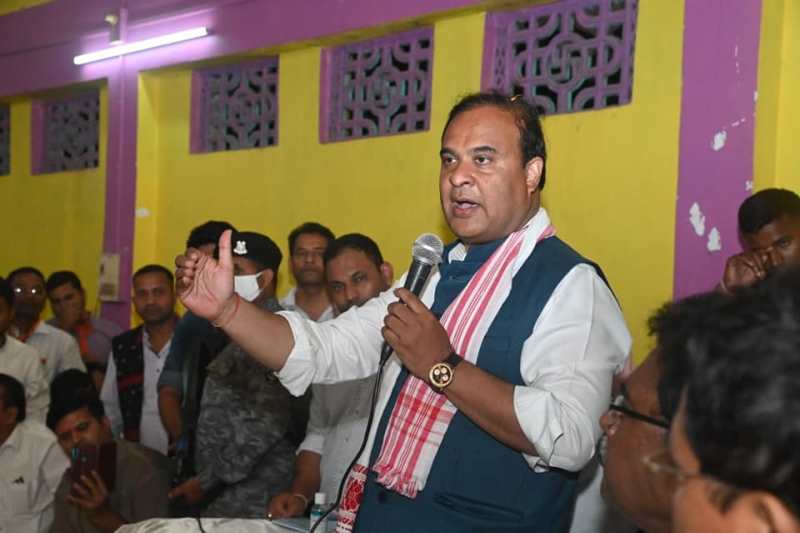 Guwahati/IBNS: Assam Chief Minister Himanta Biswa Sarma on Friday received an interim report of the Commission for Review & Assessment of Problems of Satra Land at a ceremony held at the Chief Minister's Secretariat at Janata Bhawan in Guwahati.

The three-member commission, with Amguri Member of Legislative Assembly (MLA) Pradeep Hazarika as its Chairman and MLAs Rupak Sarma and Mrinal Saikia as members, was formed as per a Cabinet resolution last year.

Addressing the ceremony, the Chief Minister congratulated the three-member commission for meticulously carrying out the job entrusted to them, despite the numerous challenges that came their way.

Sarma stated that as per the interim report submitted Friday, an aggregate of 7,504 bighas (1,898 hectares) of land are under encroachment across 303 Satras (Vaishnavite monasteries) located in various parts of the State.

As per the report, Barpeta district accounts for the largest Satra land under encroachment, followed by that Lakhimpur and Nagaon districts, the Chief Minister stated, adding Satras in Bongaigaon and Dhubri districts have also been highly encroached.

The Chief Minister said the formation of the commission was the first of its kind attempt in resolving the issue of encroachment of Satra land.

He added that the interim report shall now be administratively reviewed and follow-up action, in accordance with the law of the land, will be taken accordingly.

The Chief Minister exuded confidence the commission would continue to work with the same level of zeal and dedication till the submission of the final report.

Political Secretary to Chief Minister and Rajya Sabha Member of Parliament Pabitra Margherita was also present at the event.