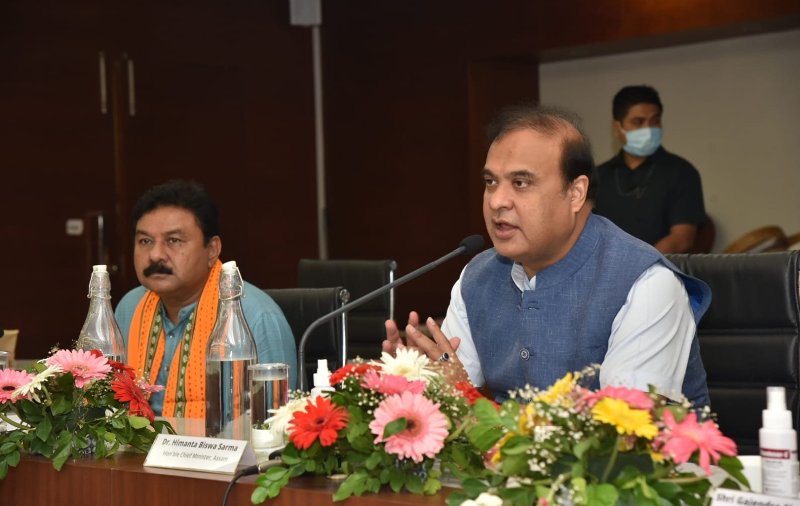 Silchar/IBNS: Assam Chief Minister Himanta Biswa Sarma on Tuesday said the firing incident that happened along the Assam-Meghalaya border does not have any relation with the broader landscape of Assam-Meghalaya relationship.

“Police should not open fire at civilians whether they are citizens of Meghalaya or Assam. Police should use their weapons against terrorists, and criminals, not innocent people. Taking the lives of civilians is not appreciated. The incident took place due to a certain officer or a certain local issue. It does not have any relation or problem of the broader landscape of Assam Meghalaya relationship,” Himanta Biswa Sarma said.

He also said that the Assam-Meghalaya boundary is a constitutional boundary and the maps are available to both states.

"Assam will also not enter into the constitutional boundary of Meghalaya. We have already had a discussion, minutes are there that till the dispute is resolved status quo will be maintained,” Sarma said.

The Assam Chief Minister further said that vehicles are now plying and there is no problem.

“We are duty bound to secure the life of Meghalaya citizens in Assam and the Meghalaya government is constitutionally bound to give security to the citizen of Assam. I don’t think that there is any problem and in last 3-4 days vehicles are plying. The vehicle movement that was restricted for the last 4-5 days was an advisory of the Assam government,” Himanta Biswa Sarma said.