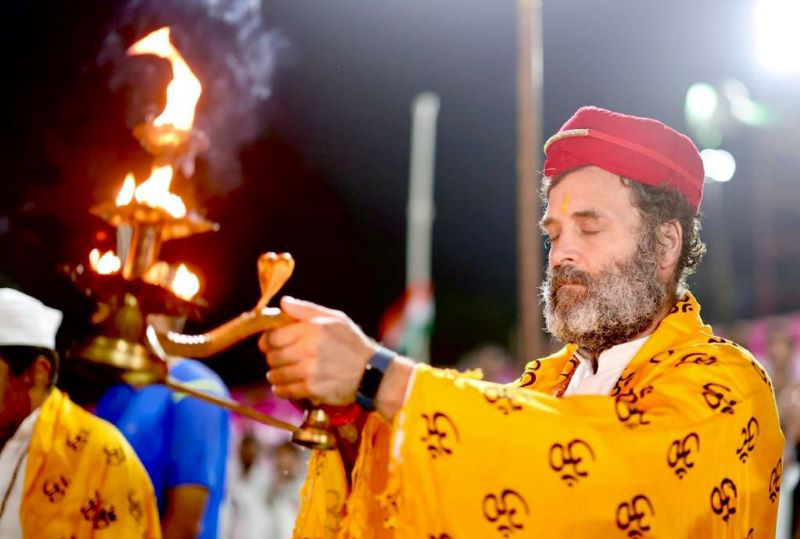 Congress MP Rahul Gandhi, whose style of functioning has often raised questions in the political circle, turned sort of philosophical responding to a question by the media on Monday.

Speaking to the media, Rahul said, "I let go of Rahul Gandhi years ago. Rahul Gandhi is on your mind, not mine. Understand. Try and understand. (on hearing applause) See, someone is clapping.

"Do you understand? One person has understood. This is the philosophy of your country. Understand it, it will be good for you."

Rahul said this when a journalist asked him what perspective he was getting from the people during his nationwide rally, which is dubbed as Bharat Jodo Yatra.

Speaking on the effects of the yatra, the Congress top leader said as quoted by NDTV, "It has taught me immense patience. Earlier I used to get irritated for one or two hours. Now I remain patient for up to eight hours."

Meanwhile, Rahul has been missing from the active campaigning in Gujarat, which will go to polls on Dec 1 and 5.

The Gujarat polls will be a test for the Congress which is not only fighting the incumbent Bharatiya Janata Party (BJP) but also a spirited Aam Aadmi Party (AAP) which is threatening the grand old party of its opposition.