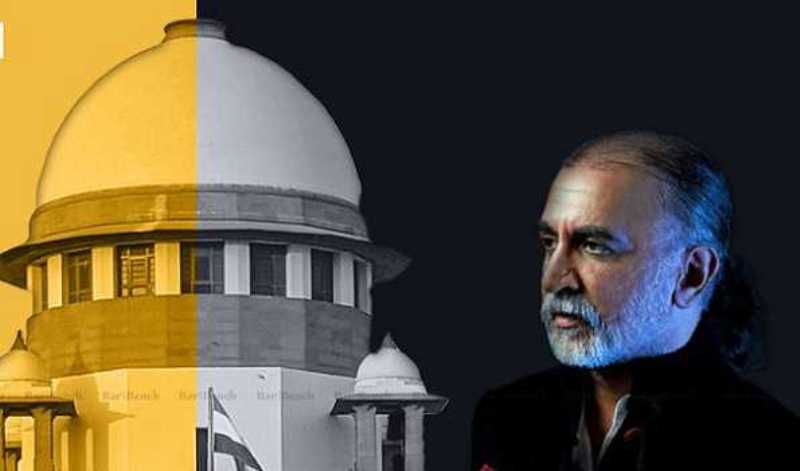 New Delhi/UNI: The Supreme Court on Monday rejected the appeal filed by veteran journalist Tarun Tejpal seeking in-camera proceedings in the Bombay High Court, which is hearing an appeal filed by the Goa government, challenging his acquittal in the 2013 rape case.

A bench of the Supreme Court, headed by the Chief Justice of India (CJI) Dr Dhananjaya Yeshwant Chandrachud, did not agree with the submissions of senior advocates Kapil Sibal and Amit Desai, representing for Tejpal, that the proceedings be held in private to safeguard the reputation and privacy of the journalist.

"The statute does not say so. The in-camera proceedings are for vulnerable witnesses or informants and you are not vulnerable," the bench said.

The top court, however, granted liberty to Tejpal to make a request before the high court, which is hearing the appeal of the state against his acquittal in the rape case, to conduct a physical instead of a virtual hearing.

Tejpal had earlier moved the High Court with an application seeking an in-camera hearing of the matter. But, it had rejected his plea, forcing him to knock on the doors of the Supreme Court for relief.

The trial court in Goa on May 21, 2021, acquitted the veteran journalist, Tejpal of all the charges levelled against him including wrongful confinement, assault or criminal force with intent to outrage modesty, sexual harassment and rape against his female colleague.

After the trial court had acquitted Tejpal, the Goa police filed an appeal against the Sessions court's order in the Bombay High Court.

According to the prosecution, Tejpal was accused of sexually assaulting a former colleague in an elevator of a hotel in Goa on November 7, 2013.