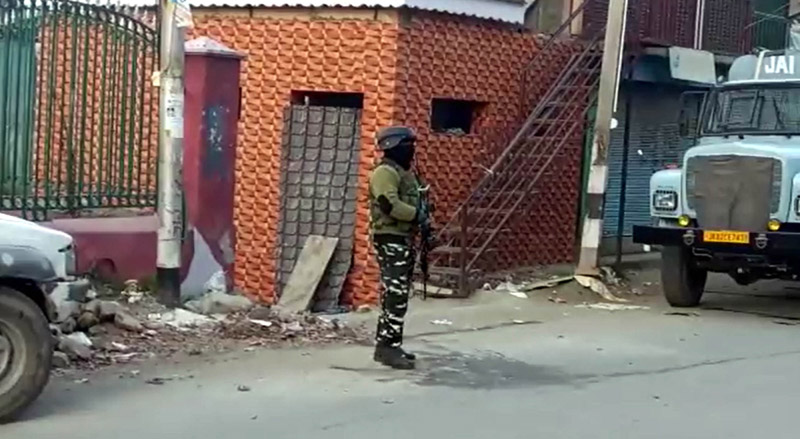 Police said "the handler" of AGuH in north Kashmir was among the four members of the group arrested by the joint forces and a huge cache of arms and ammunition was recovered from their possession thereby giving a huge setback to the organisation operatives.

Police also said the main handler Mushtaq Ahmed Bhat of Chanapora, Srinagar and Ishfaq Ahmed Shah of Budgam were arrested by a joint team of forces in Sopore.

During MVCP, two individuals Mushtaq and Ishfaq were arrested,” a police spokesman said.

Incriminating material, arms and ammunition including a Pistol, a magazine, 10 rounds and three grenades was recovered from their possession.”

“Incriminating material including a Pistol, a Magazine, 10 rounds and 11 grenades were recovered from their possession,” he added.

Police said preliminary investigation revealed that the busted module of AGuH was being handled by Ahsaan Dar and one individual named Chaudhary from across the border.

“The module was instructed to ensure continuous supply of arms & ammunition in Kashmir Valley for conducting attacks on outsiders, civilians and security forces to instill fear in the minds of the general public. The timely and effective action by Sopore police and 22RR by busting the terrorist module have resulted in averting a possible major tragedy,” the spokesman said.