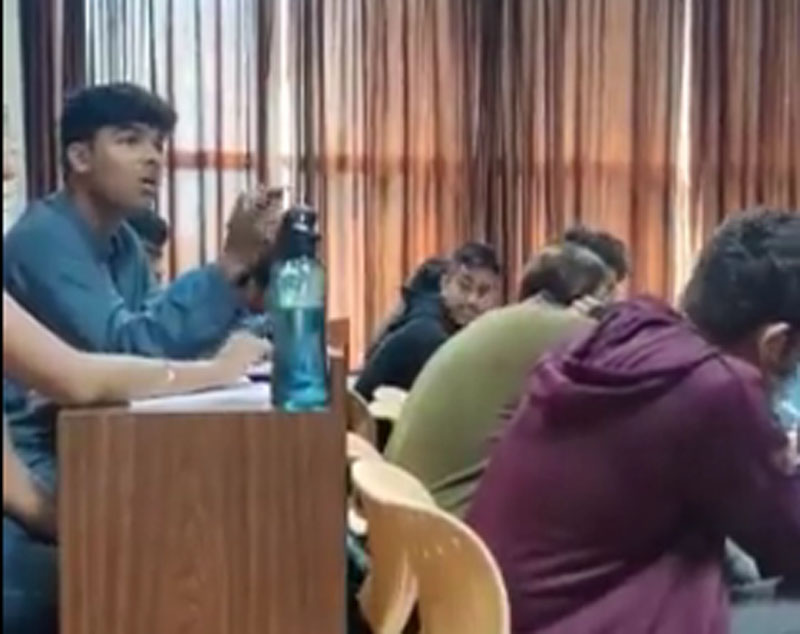 Bengaluru: Bengaluru's Manipal Institute of Technology (MIT) has said it suspended a professor who allegedly referred to a Muslim student as a 'terrorist'.

The institute said it has initiated an inquiry into the incident.

The institute took the step after a video of the incident went viral on the internet.

In the viral video, a student could be seen confronting the teacher after he allegedly called him a 'terrorist'.

"Being a Muslim and facing this everyday is not funny," the student was heard saying in the video.

The teacher was heard apologising to the student in the later part of the video.

A Professor in a class room in India calling a Muslim student ‘terrorist’ - This is what it has been to be a minority in India! pic.twitter.com/EjE7uFbsSi

Speaking with India Today, SP Kar, Director of Public Relations, Manipal University, said, "We condemn such kind of incidents as we are an institute that believes in sarwa dharma (equal respect to all religions) and vasudhaiva kutumbkam (one world, one family). Appropriate action is being taken on this issue and we are doing the needful. Counselling is being given to the student, and the professor has been suspended from the college."