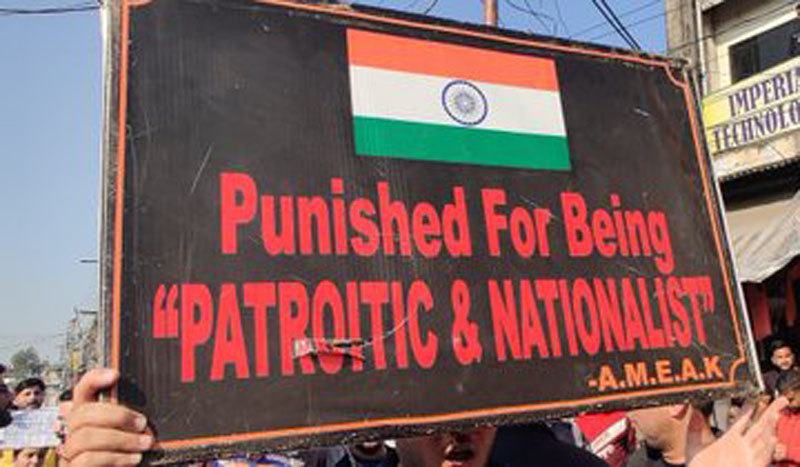 Jammu: Kashmiri Pandit Migrant Employees walked barefoot recently in Jammu city as they demanded the government should address their safety concerns while bringing out a comprehensive roadmap to relocate them in the Valley.

The pandits held the march on the occasion of Constitution Day on November 26 demanding from the government to safeguard their “Right to Life” provided in Article 21 of the Constitution of India, reports ANI.

“The people of Kashmir are with us in this fight. Kashmiri Pandits are becoming scapegoats due to the targeted killings. The migrant workers from other states are being killed,” he added.

Speaking on the issue of targeted killings, another protester said their Right to Life has been violated in the Valley.

“Our Right to Life in the Constitution is being violated. We demand from the government to ensure the right to education and the Right to Life which is being violated in Kashmir. Until the situation becomes good in the valley, we demand the government to relocate us to Jammu. The employees are not demanding anything but their lives. The administration should show sensitivity and come forward to talk to the employees. The L-G should take note of these things,” he told ANI.