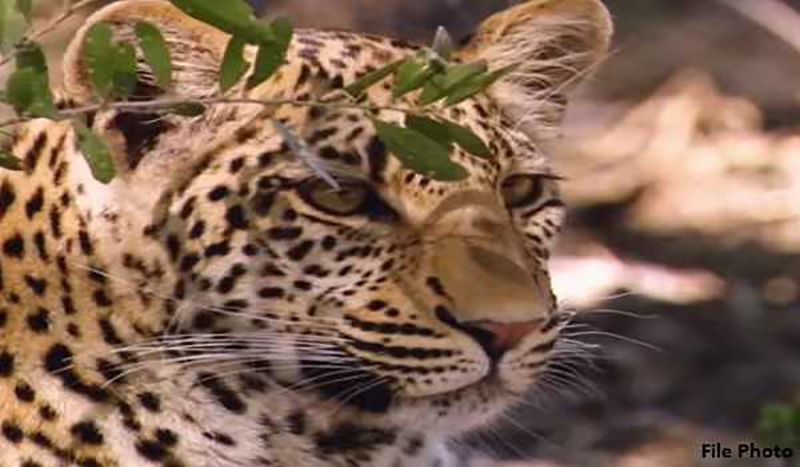 Hamirpur (HP)/UNI: A full-grown leopard was seen roaming in Dhangu Mohalla of the Tira gram panchayat, located on the outskirts of Sujanpur Tira town in Hamirpur district of Himachal Pradesh for the last few days.

The movement of the leopard was recorded on a CCTV camera installed by local people on Saturday night.

The people of the area are in a panic over the movement of the leopard. In the past too, leopards had created a reign of terror in various parts of the Sujanpur Tira revenue sub-division.

One of the locals, Sachin Chowdhary, said that the movement of people in this area had reduced due to the cold in the late evening, and the leopard roam fearlessly.

With the leopard wandering in the streets, people said everyone was getting scared as there are many houses around the street of Ward No. 1 near Tira.

He has demanded the Forest Department install a cage near the street for the safety of the people.

After this, the Forest Department swung into action. DFO Rakesh Kumar said that as soon as the news of the leopard was roaming received, a team of the department was sent to the area on Friday so that it can be trapped in the cage.

He appealed to the people to remain indoors after evening hours and not allow their children to go out alone.