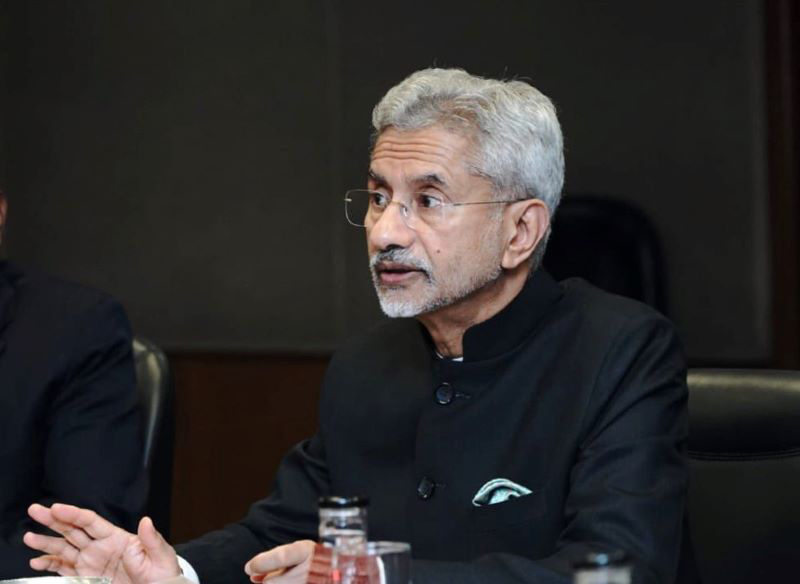 New Delhi/UNI: Remembering the victims on the 14th anniversary of the deadly attacks, External Affairs Minister Dr S Jaishankar on Saturday said those who planned and oversaw terror attack on Mumbai in 2008 must be brought to justice.

"Terrorism threatens humanity. Today, on 26/11, the world joins India in remembering its victims. Those who planned and oversaw this attack must be brought to justice," Dr Jaishankar said in a tweet.

Today, on 26/11, the world joins India in remembering its victims. Those who planned and oversaw this attack must be brought to justice.

We owe this to every victim of terrorism around the world. pic.twitter.com/eAQsVQOWFe

We owe this to every victim of terrorism around the world, the tweet further read.

The EAM also shared a short video with pictures from the deadly attack that left 140 Indians and 26 citizens of 23 other countries dead and more than 300 people injured.

"It is incumbent on us, as responsible members of the international community to remember their trauma and to perseverance in our efforts to bring the perpetrators of terrorism to justice," Jaishankar said.

The video shared by the External Affairs Minister also carries portions of Prime Minister Narendra Modi's recent address in the 'No Money for Terror Ministerial Conference' in the capital.

Notably, India's efforts to sanction those involved in Mumbai terror attacks have repeatedly been blocked due to Pakistan's all weather ally China at the UN.

China has time and again come in defence of Pakistan based dreaded terrorists and blocked India's bids to blacklist them at the UN enabling them to walk free and organise further assaults against the country.

Recently, Modi too, in a veiled attack on China, said that there is no place for an ambiguous approach on the issue.

"Sometimes, there are indirect arguments made in support of terrorism to block action against terrorists.

"There is no place for an ambiguous approach while dealing with a global threat," Modi said, stressing during the 'No Money for Terror' conference.