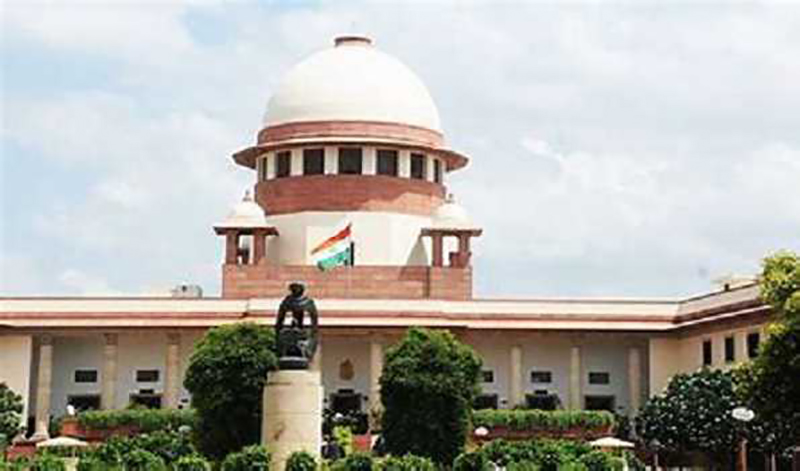 New Delhi/UNI: A five-judge Constitution bench of the Supreme Court on Thursday reserved its verdict on a batch of petitions seeking a direction for an independent selection panel for appointments of the Chief Election Commissioner (CEC) & Election Commissioners (ECs).

A five-judge constitution bench of the top court, headed by Justice K M Joseph, today reserved its order, after hearing the detailed arguments and submissions from the batch of petitioners filed by Prashant Bhushan, Ashwini Kumar Upadhyay and others, and also from the Centre.

The petitioners had claimed before the Supreme Court that the appointments were being done as per the whims and fancies of the executive, and thereby they demanded an Independent selection panel for appointments of the CEC and ECs.

The five-judge Constitution bench of the top court, led by Justice Joseph and also comprising Justices Ajay Rastogi, Aniruddha Bose, Hrishikesh Roy and CT Ravikumar, had heard from all the respective parties.

The Supreme Court perused the file related to Arun Goel's appointment as an EC, and asked the Centre if the file was cleared in "haste" and in a "tearing hurry".

The Centre had filed the reply today, after complying with the Apex Court's yesterday's order, asking it to file the same as it wanted to know as to what kind of process it had followed in appointing Goel as the EC.

During the course of the hearing today, the Centre had a tough time to convince the SC that they have followed all the rules, statute and guidelines, while appointing the former IAS officer, Arun Goel as the EC.

"We have followed all the rules, regulations, statute and guidelines in appointing him (Arun Goel). There are no violations in it," R Venkataramani, the Attorney General (AG) of India, Top law officer representing the Indian Government, told the Supreme Court.

"There is no disquieting feature in the appointment (of Goel)," the AG tried to convince the SC that it followed all statutes in the entire process.

"The file has not travelled even for 24 hours," the apex court observed.

The apex court also enquired as to what was the criteria behind the shortlisting of four names by the law minister that were recommended to the Prime Minister for his approval for the appointment as the EC.

"If you (SC) start doubting each step, look at the impact on the integrity and the independence of the institution; called Election Commission of India and the public perception about it. Stop smelling a rat.

"We have nothing to hide. The conventions are followed," Venkataramani told the Supreme Court.

"There should be no understanding that we have made up our mind or that we are against you. We are only debating and discussing," Justice Joseph observed.

He also read out one name from the list, submitted by the Centre, who is from the same cadre and is a senior.

"We want to know how you appoint. How do you come to a name? How do you decide? We want to know that when an executive exercises a function how does the name come up. We are mystified," Justice Joseph asked the AG.

The AG replied that one of the criterias are; date of birth, and next is seniority from the batch. Now, having regard to a practise that is followed for a long time, if the government knows looking at the service profile, to question that and say that you are picking someone according to one's will is difficult.

The Supreme Court observed that the important part is that one needs to be appointed for a period of 6 years. "Now there is a provision which says one will have to retire if he reaches 65 before that. You are using the proviso. The proviso has become the rule. Can it be done?"