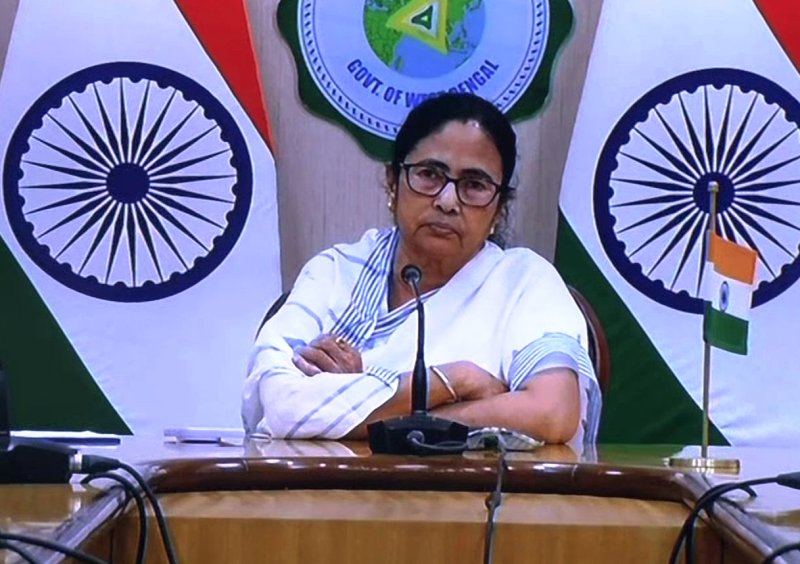 New DelhiKolkata/IBNS: Hours after Mamata Banerjee Monday condemned and apologised for the comment made by State Minister for Prisons Akhil Giri against Indian President Droupadi Murmu, the Bharatiya Janata Party (BJP) slammed the West Bengal Chief Minister for not reprimanding him.

Banerjee said her Trinamool Congress does not support such a remark.

"Somebody has committed a mistake and we are opposing it, we aren't supporting it," she said.

"I condemn the utterings of my MLA. I am really sorry for that and I apologise as well," Banerjee said.

"What Akhil has done is wrong. We don't support such a remark," she said.

"She (President Murmu) is a highly respected lady and I personally like her a lot. She is a very nice lady," she said.

"A person should be beautiful from inside," Mamata Banerjee said.

In a 10-odd-second video clip (not verified by India Blooms) which went viral on social media, Giri, the junior minister for correctional homes, said, "They (BJP) said that I am not good-looking. We don't judge anyone by their appearance.

"We respect the office of the President (of India). But how does our President look?"

Akhil Giri, minister in Mamata Banerjee’s cabinet, insults the President, says, “We don't care about looks. But how does your President look?"

Mamata Banerjee has always been anti-Tribals, didn’t support President Murmu for the office and now this. Shameful level of discourse… pic.twitter.com/DwixV4I9Iw

The minister made the remark in presence of TMC spokesperson Kunal Ghosh.