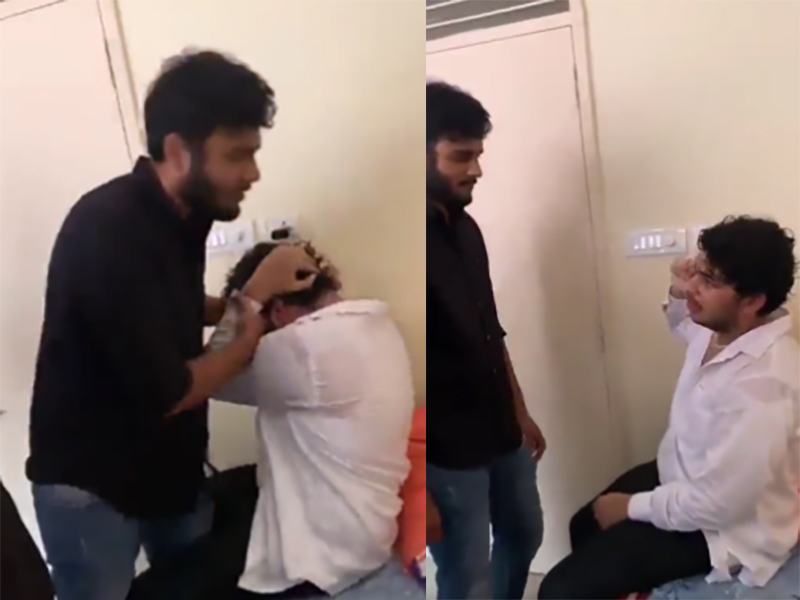 Hyderabad: An undergraduate law student at the IFHE in Hyderabad was brutally beaten and sexually assaulted by a group of men in his hostel room over his alleged derogatory comments on Prophet Mohammed.

The student, identified as Himank Bansal, lodged a police complaint on November 11.

"On November 1, I was physically and sexually harassed by 15-20 individuals on college campus premises in my allotted hostel room," Himank wrote in the complaint, India Today reported citing police officials.

He was pushed and manhandled by his assailants, who punched him in the face, slapped him, kicked him in the abdominal areas, touched his genitals and force-fed certain chemicals and powders, the complaint further added, the report stated.

The law student said one of the attackers even tried to put his genitals into his mouth.

"They further tried to tear my clothes, got me naked and kept beating me one after the other. They shouted 'beat him till he dies,'" he stated in his complaint, the report added.

The assaulters, who Himank said were also students, threatened him. He told the police that his entire body was covered in bruises and his eye sockets and nose were swollen.

The India Today report said that the photos and videos of the assault were widely shared by the students of the institution.

Earlier, he had also written to the IFHE authorities demanding that a formal complaint of physical assault and threat to life be filed against the accused.

According to the letter, he had made derogatory remarks against the Prophet while chatting with a friend. The other students learned about the remarks after she made the conversation public, the report said.

The report said that the police have registered a case under several sections of the Telangana Prohibition of Ragging Act.