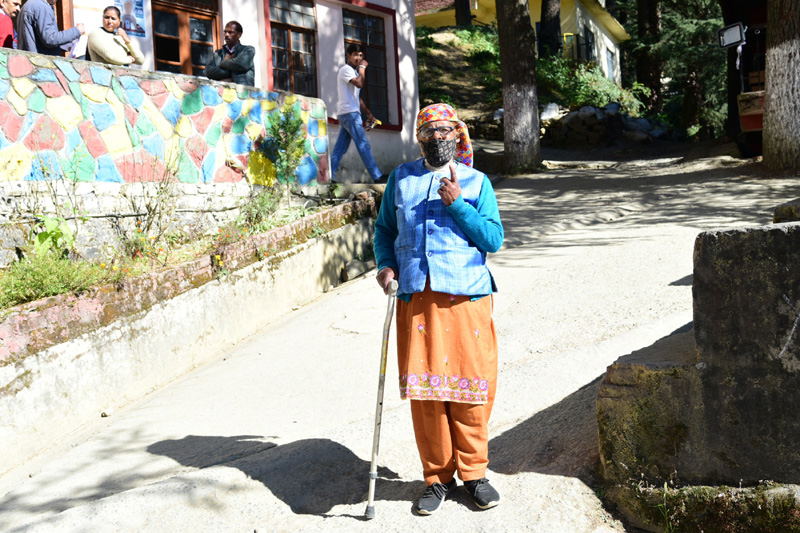 Shimla: Himachal Pradesh recorded a turnout of 66 per cent by 5 pm as voters in the state exercised their franchise from 8 am on Saturday to decide the fate of 412 candidates on 68 assembly constituencies.

The final turnout, however, is yet to be announced.

According to the Election Commission, only 4.36 percent voting was recorded in the first hour i.e. till 9 am.

The highest voter turnout has been recorded in Mandi district, home to Chief Minister Jairam Thakur.

The Election Commission said that from first time voters to many times voters, everyone actively participated in the voting process.

Officials said that women turned out in large numbers in rural areas despite cold weather conditions in the state.

The elections in Himachal Pradesh are being conducted in one single phase and results will be declared on December 8.

The Assembly term in state will end on January 8 (Sunday).

The ruling BJP and the opposition Congress are locked in an aggressive fight in the state.

The current assembly has 44 MLAs of the BJP, while the Congress has 21 MLAs. Two MLAs are Independents and the CPM has one seat.

Therefore, the challenge for the ruling BJP has been to buck the anti incumbency factor and overturn the convention.

The Congress is banking on the voters to go with the four decade old trend in the state.

Himachal Pradesh is being considered a prestige battle for BJP national president JP Nadda. The entire electoral campaign of the party revolved around his choices, be it in ticket distribution or in strategy.